The Great Debate: Progress vs. Pluralism 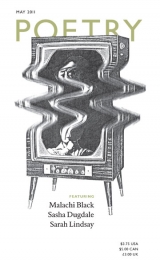 If you check out the latest issue of Poetry, you'll find a splendid array of features, from Fanny Howe's poems to Clive James' thoughts on product placement in poetry.  Marring  this smorgasbord is my own contribution, a piece about Marjorie Perloff's Unoriginal Genius and the late Reginald Shepherd's A Martian Muse (edited by Robert Philen).  It begins like this:


Imagine yourself settling into a seat at the back of a crowded auditorium to attend a debate between two speakers, each known for his wit, intellect, and the striking novelty of his argumentation. They will debate the nature of poetic history. On the stage stand two lecterns, and behind them hangs a banner with the title of the evening’s events: “Poetic History: Progress or Pluralism?” The first speaker takes up his position behind the lectern to the right, taps the microphone, and makes his opening salvo:


Start making sense. Disjunction is dead. The fragment, which ruled poetry for the past one hundred years, has left the building. Subjectivity, emotion, the body, and desire, as expressed in whole units of plain English with normative syntax, has returned. But not in ways you would imagine. This new poetry wears its sincerity on its sleeve . . . yet no one means a word of it. Come to think of it, no one’s really written a word of it. It’s been grabbed, cut, pasted, processed, machined, honed, flattened, repurposed, regurgitated, and reframed from the great mass of free-floating language out there just begging to be turned into poetry.

This, you think, must be the “progress” side of the debate. The speaker has boldly dismissed the disjunctive kind of poetry we’ve come to think of as cutting edge, declaring it passé. It has waddled out of the forum of relevance like a jump-suited, late-period Elvis, and the next phase of poetry is upon us, in the form of a new kind of intertextualism. This all seems very exciting, but you make a mental note to sell your copies of In the American Tree and American Hybrid on eBay before the price drops too far. The next new thing has already arrived. Or has it? The other speaker has stepped to his lectern and has already begun to speak. You’ve missed the speaker’s opening sentences, but you catch this:

He makes a good point, this art world refugee. The notion that some things (like disjunction) can stop counting as poetry when something else (intertextualism, say) starts counting does seem unsustainable, both aesthetically and historically. Maybe it’s not the price of your anthologies of disjunctive poetry that’s about to implode, but the notion of poetic history as a kind of progression, with new forms rendering old forms obsolete.
At this point, you notice something funny. The two speakers look like identical twins. And they both seem remarkably familiar to you, longtime reader of Poetry that you are. And then it hits you: they’re both Kenneth Goldsmith.

The whole piece can be read online here.
Posted by Archambeau at 4:55 PM 7 comments: