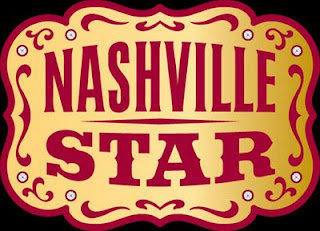 I'm about to jet down to Nashville to speak on a panel about the New Criticism at the Modernist Studies Association's annual conference, held this year at Vanderbilt University. For those of you who haven't been to one of the MSA's conferences, I'll just say this: it's a good place to check out the latest styles of black turtlenecks, rimless glasses, and nervous grad-student hook-up rituals. It's also got some good speakers: this year Frederic Jameson will be there, along with T.S. Eliot guy David Chinitz, big-wheel Canadian scholar Melba Cuddy-Keane, Kevin Dettmar (who knows his way around vinyl records), Molly Hite (whom I met in Sweden about a decade ago, when she wanted to talk about Virginia Woolf, and all I wanted to do was tell her how much I liked her campus novel Class Porn), Erich Hertz (whom I remember from grad school as an heavy-hitter on Adorno), poetry scene stalwarts Aldon Nielson, Robert Zamsky & Tom Orange, John Paul-Riquelme (who gets it about how Romanticism is still with us), British modernism guru Vince Sherry, and the ever-fantastic Barrett Watten. Also the not-to-be-missed Per Backstrom, and the blogsophere's very own Johannes Goransson. I want to check out all of their papers, but my usual conference modus operandi involves getting too caught up in conversation at a nearby bar to make it to more than a few panels a day.

My own part of the show is called "Formalism and Ethics" — a preview, of sorts, of two forthcoming pieces of writing: a longish take on Garrick Davis' anthology of the New Criticism in the next issue of Pleiades, and a chapter of a book called Re-Reading the New Criticism, edited by Miranda Hickman and John McIntyre. I'll be saying something along the lines of this: the New Criticism has long been dismissed as mere formalism, and is now in danger of being revived as... mere formalism. In fact (certain claims by people in the movement notwithstanding) it was a lot more than that. In many instances, New Critics even presented their work as a kind of ethics. If this is the kind of thing that gets your pulse pounding (and why wouldn't it? I mean, what? you have a life now?) meet me in Nashville. If I'm not at the conference when you get there, look for me in one of the bars on West End Avenue.