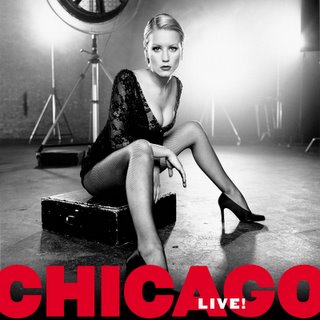 I trekked down to the offices of the Chicago Review the other day, students in tow, and picked up my contributor's copy of the latest issue, in which my big article on James McMichael appears. I'd taken some students from Lake Forest to the Regenstein library, where the incredibly well informed David Pavelich gave them a look at some of the Special Collections holdings of literary magazines — old copies of Big Table, Verse, Poetry, and the Chicago Review, newer journals like the Joel Felix/O'Leary brothers production LVNG, and original correspondence by all kinds of people from the span of a whole century. It was a bit of a surprise for some of the students, I think, when we left the lavish displays at the Regenstein, hoofed it a few blocks over to the Lillie House, and walked up three flights of rickety stairs to the crammed and slightly crummy offices where the Chicago Review is actually edited. I think they were expecting a journal with this kind of history to be housed somewhere a bit more glamorous. But isn't it always the case in the culture industry that lavish offices are a sign of deep decline? I mean, think of the fate of Manchester's Factory Records back in the rave days.

Anyway. For all of its ups and downs over the years, Chicago Review has had a remarkably strong record, especially when you consider how it is edited by graduate students, usually Serious Young Men in Dark Crew-Neck Sweaters (and yeah, the gender-thing is real. I don't think the journal has done too well at putting women in charge of things, but that's another story). Two of the current editors, Josh Kotin and Bobby Baird (who fit the editorial type even unto the dark sweaters) were on hand when I showed up, and were kind enough to hang out with my students, talking about the magazine, its history and its goals, even though it made them late for the Jim Powell reading that evening. One thing that impressed me about Josh's editorial outlook was his insistence on being open to poetry from all traditions. He went into great detail about the editorial process, and clearly has a discerning taste, but he's absolutely adamant about not excluding work from any particular tradition or style.

(This accounts, I suppose, for my essay on the neo-classical and therefore very non-mainstream James McMichael sitting almost adjacent to a John Wilkinson piece on language poet Marjorie Welish. There aren't many journals out there willing to take both McMichael and Welish seriously). I was impressed, too, by Josh's commitment to keeping the review open to poets from around the world. There have been good issues on German and Polish poetry in recent years, and Bobby Baird promises to keep the review's interest in British poets going.

I got a bit sentimental about Our Fair City on the way back up to Lake Forest. I mean, aren't Josh and Bobby just continuing the best traditions of Chicago as a literary city? Behind all of the Nelson Algren/Studs Lonigan/Carl Sandburg buzz about grit, there's something more important and more vital, I think: an openness to different traditions of writing and to developments around the world. Harriett Monroe was all about this sort of thing back when Poetry was the best thing going in American letters, and, in a more modest way, it was what I had in mind back in '98 when I started Samizdat. Here's what I thought then, as I looked over the proofs of the first issue and typed up my editorial:

I notice, looking at the present issue, that a map locating the contributors would look a bit like a United Airlines route map: centered on Chicago with lines stretching out to other parts of the country and to points around the world. The centrality of Chicago and environs is, to some degree, a function of the magazine’s location in metro Chicago, but it is also, I think, reflective of the way that the cultural climate of Chicago has fostered poets without pressuring them to conform too closely to the establishment or the counter-establishment. It is in the interstices between orthodoxies that poetry finds innovation and life, and this is why Chicago has become one of the good places for poetry.

Had my thinking followed its usual course the other day, I'd have gotten home, shaken off my sentimentality, and dismissed the idea that there's something about Chicago's literary culture that is somehow condusive to open-mindedness. I mean, are the poets of, say, Boca Raton really closed-minded? Even the formerly rigid Buffalo types are no longer burning candles exclusively at the shrines of the language poets. And the once-provincial people at the Iowa Writer's Workshop seem to have woken up to a world a little bit bigger than the backyard epiphany. But just as I was about to dismiss the idea of Chicago's literary culture as more than usually open, I cracked open my hot-off-the-presses Chicago Review and read this, from a piece by Paul Hoover:

For years, Chicago was a fly-over city. The real world of literature existed on the coasts. Chicago's main poetry event used to be Poetry Day, sponsored by Poetry. In 1972, at the suggestion of Paul Carroll, a few of us, including Lisel Mueller, Mark Perlberg, and Martha Friedberg founded the Poetry Center at the Museum of Contemporary Art. The idea was to bring poets to Chicago to read their work. For the same reason, to leap high enough to connect with what was not local, Maxine [Chernoff] and I published New American Writing, which sponsored a reading series at Links Hall, and served on the board of the Poetry Center. San Francisco comes ready-made. Someone else did the work of building (Kenneth Rexroth, the Duncan and Spicer circles, and so on). Chicago remained to be built.

And what was the young Hoover up to in this as-yet-unmade city? He was listening, it seems, to a thousand voices from a thousand different traditions:

The most important turn in my reading may have come when a classmate dropped Ron Padgett's Great Balls of Fire on a conference table in Adams Hall at UIC....I didn't plunge completely into the New York School, nor did I remain where I was. I'm thankfully still in passage, within and among a number of heavy planets: Deep Image, Surrealism, the English Metaphysicals as well as the American (Dickinson), Williams and Stevens, Cesar Vallejo and Pablo Neruda, Language Poetry, Ashbery and Schuyler, Lorine Niedecker, Thomas Trahearne, Robert Creeley, Zukofsky's "A-14," Elizabeth Bishop, Marianne Moore's "The Fish," and Gwendolyn Brooks' amazing vocalizations and close rhymes...

This is interesting. I mean, had Paul started out in San Francisco, one wonders how different he'd be. New American Writing would have been a more narrowly Duncany-Spicery kind of journal, I think. And what if Paul had first seen that Padgett book in New York? The powerful gravity of the New York School's levity could well have pulled him in, I think, and left the Trahearne and Brooks and Vallejo sides of his poetry less well developed.

Then again, Paul is speaking of the Chicago of several decades ago, and he seems to think the city has become far less of an unmade place.

The open frontier has, in his view, has been replaced with a new city, one to which he, from his secret base at Columbia College, carried The Revolution, or at any rate The Revolution of the Word:

For many years, I taught at an open admissions arts and communications college in the South Loop that had a large enrollment of first-generation college students. In Auden's terms [sic] we were throwing the little streets upon the great, and it was working. My poetry students were being accepted into the country's leading MFA programs -- Brown, Bard, Columbia University, University of Iowa, Bennington — and were becoming known in the world (Elaine Equi, Mary Jo Bang). At the same time, the poetry I had supported, a melange of New York School and Language poetry, was coming into its own....By the mid 90s notable poets of the former mainstream like Jorie Graham and Brenda Hillman were being impacted by the new style....Had the little streets defeated the great?

Okay, let's leave aside the howling error of attributing to Auden a line by Yeats. And let's leave aside the begging of that most-begged question of experimental poetry in America, the equation of aesthetic radicalism with left-wing political action. Let's concentrate on the notion of the triumph of a particular aesthetic. In this view, the possibilities of poetry have actually narrowed, with a hybrid of New York School/Language poetry and the "former mainstream" constituting the period style of the new century. This is true, I think, in the case of many poets, and of many journals. And I'm perfectly willing to grant Paul his role in bringing this state of affairs into being. I'm just not at all sure that it is a good thing. Who but an ideologue would willingly see poetic diversity reduced to a kind of monoculture, after all? Or even into the kind of dual-track culture Paul seems to be describing, with the good guys from the little streets, and the watered-down version of the good guys on what's left of the great streets? But there's an enduring tradition of openness in our city, and this saves us from reduction of possibilities inherent in the situation Paul describes as a kind of triumph. This is the tradition of openness — a classical liberalism of the aesthetic — that Josh Kotin is continuing, and the tradition, I should add, that kept Paul from plunging all the way into the New York School, and that made him into the interestingly various poet he has become.

If the unbuilt city of Hoover's youth is gone, along with its cultural-frontier-openness-by-default, we should be glad of institutions that enshrine the ideals of liberality and openness. The Chicago Review remains one of the best such institutions Chicago has to offer.

Posted by Archambeau at 3:10 PM