Since I've been getting a lot of hits from subscribers to Crain's Chicago Business, which mentions this old entry, I'm reposting it. Enjoy! (Disclaimer: since this is probably something that looks like ivory tower snobbery about people who actually have or make money, note that I also make fun of academics like myself). 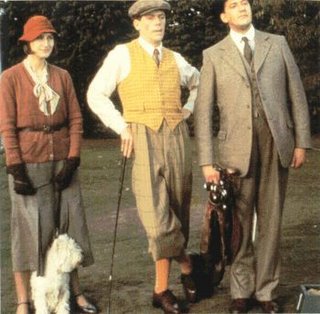 Although I always thought I'd stick to the humanities in this blog (poetry, philosophy, and a bit of art), I find myself morally compelled to sully my soft humanist hands with the rough silt of the social sciences -- let me explain.

The following report was passed to me by Raskolnikov T. Firefly, Ph.D., a former colleague of mine at another university. He seemed nervous, demanding to meet in the middle of the night at the Denny's on route 41. I arrived on time, but he was late, shambling in like a twitchy fiend as I was finishing my Eggs-over-my-Hammy special. He kept looking over his shoulder and trying, fruitlessly, to light cigarettes, which he then discarded. He said I had to help him, that my blog was his only hope now that the agents of his enemies had turned the respectable journals against him. Taking his yellowed, coffee-stained manuscript from his trembling hands, I promised to do what I could. This was all some time ago, and I haven't heard from him for weeks, although my caller ID indicates that the inhabitant of a certain single room in a certain Motel 6 near the Wisconsin border calls and hangs up every couple of hours. Frankly, I'm a little concerned for Rasko, as we used to call him in the grubby little leftwing bookshops in that university town in the mountains by the seashore in another country oh so long ago.

A Socio-Anthropological Typology of the North Shore
by Raskolnikov T. Firefly, PhD


My decade long researches among the inhabitants of Chicago’s North Shore have, at last, yielded results. I and my crack research team (thanks, Kid V, Pravda and Jimmies B and C -- couldn’t have done it without you), have spent the better part of the last ten years lurking in such dangerous and unpalatable locales as artisanal bread shops, high-end cycling centers, national-chain arthouse movie theaters and, in a true show of courage, Starbucks outlets not yet unionized by the I.W.W. Forthwith, our conclusions.

Lurking, malingering, and harumphing in lines outside American nouvelle cuisine bistros, sneering from our Hondas and Chevy Cavaliers as we pass the Aston Martin and Land Rover dealerships, looking suspiciously around the room during late night visits to Ben & Jerry’s, drifting aimlessly through Anthropologie or Jos. A Banks, trooping out to Lake Geneva Wisconsin to observe North Shore fauna in its semi-migrational mating-and-antiquing phase, attending community theater and Suburban Fine Arts Center fundraisers, checking the license plate numbers outside Unitarian churches, noting the girlish giggles of septuagenarian matrons in the Marshall Fields’ handbag section and the boorish grunts of Dick Cheney look-alikes from the 16th hole rough. Drinking cosmopolitans and anything ending in -ini, so long as it is from the color palette present in a roll of Jolly Ranchers. Also, a lot of internet surfing and repeated viewings of Ordinary People and Risky Business, for which we have drawn elaborate location charts and alternative storyboards depicting general uprisings of the people and the creation of a service-worker’s Utopia led by Tom Cruise and Rebecca DeMornay. Oyez, oyez. Power to the people.

2. A Typology of North Shore Habitants

A. The North Shore Goof (NSG)

You know this guy. He looks like Chevy Chase, especially the Chevy Chase of Caddyshack. Good-natured, but more of less useless on account of never having had to work a day in his life. Habitats include golf courses, convertibles, east Lake Forest, and restaurants featuring club sandwiches. Harmless, except when seen objectively.

Think thirtysomething or fortysomething. Think wire-rimmed glasses in sylishly contemporary frames. On the weekends you see him biking like Lance Armstrong and looking at you with a faint disdain for not making as much money and biking as frantically as he, or out with his wife (either a PCSM herself -- 25-30% are women -- or a Subscriber) on a powerwalk, pushing the kid in an ergonomic high performance mountaineering pram, making quality time with the nipper he’s not seen all week and won’t see again until he makes sure the guys in Acquisitions get the WEENUS report in on time. Habitats include west Lake Forest, east Highland Park, and Glencoe, also the Green Bay Trail and Miramar. American Express gave him his Blackberry as a Preferred Customer Premium.

He does not work. You work for him. The PCSMs work for him. In the end, one way or another, we all work for him. He neither toils nor spins: he owns. His markings include great height and a shock of white hair. Habitats include houses that cannot be seen from the road. With stunningly little variation, he looks like George Plimpton.

These are, as you guessed, the subscribers to that esteemed and storied magazine, North Shore Bitch. Picture that title, if you will, in the elegantly curving cursives of that journal’s cover. You see them jogging with their iPods, keeping it all in shape. You see them buying tureens at Williams and Sonoma, buying sundresses at Saks, buying stylin' maternity clothes at Bellydance, buying DVDs of Martha Stewart. Basically, you see them buying, often in small gaggles of the likeminded, oblivious to those outside their braying bubble of buy-buy-buy. In their fantasies they are Princess Diana as she marries Charles, or better yet as she has that affair with the dark and brooding Saudi billionaire. “How fun!” they gush, between bites of the roasted tomato and grilled chicken salad at Southgate. Only one fear haunts the manicured lawns and magazine-ad-like, blowing-curtained, wicker-furnished sunrooms of their dreams: becoming DFWs.

Little is known about these middle-aged women of the North Shore, seen only buying gin in the Jewel or behind the wheels of slightly aged Volvos. Little is known because one dare not meet their gaze, so bitter it is, so soaked in the tannic fluids of experience and thwarted entitlement. Fear them.

If you’ve seen Nancy Reagan, you know the type. Her weight never gets into three digits, her skin has, through repeated exposure on tennis courts and seasons in Coral Gables, attained the consistency of fine Corinthian leather. She may once have been a subscriber, fearing DFWhood, but she is now a formidable feature of the landscape, braying with laughter behind her cocktail glass at a lawn party on a sunny afternoon. Try the Onwentsia club if you seek a high concentration of the species.

This is a subspecies of the PCSM, with the following distinction: they’re smug about their virtue. Having once written a $500 check to the Sierra Club, having once attended a book signing by Deepak Chopra or perhaps Dave Eggers, they are secure, indeed ontologically grounded in their sense of superiority to their fellow PCSMs from farther up the shore. Also, since they live near Chicago, they secretly suspect that they’re street, homes, street. Surprisingly, not all GPEs actually live in Evanston. Some live elsewhere but are members of the North Shore Unitarian Congregation.

Not often found outside of Evanston and a small enclave established in the unlikely and infertile soil of Lake Forest, these hapless sorts are distinguished by rumpled chinos, dented upper-mid-range cars, Steve Earle CDs, good internet access and a wonderful conformity of ideas, consisting of centrist beliefs masquerading as radicalism. Often seen birding, or overheard telling their friends about how little television they watch.

Posted by Archambeau at 4:26 PM