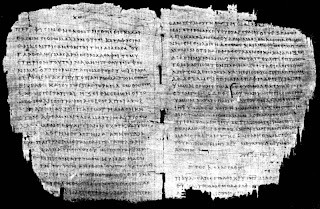 Want to know what John Kinsella's reading up at Lake Forest was like? Talk to Josh.

Want to know the qualities of the ideal critic? Ask Mark.

Mark's reflections had me thinking about a never-performed musical I wrote with some of my pals back in grad school, in between episodes of not quite writing my dissertation and thinking about drinking more coffee. The musical, a mish-mash of Gilbert and Sullivan tunes, was about our professors and various academic stars of the day, each annoucing his or her scholarly/critical ethos in song. This may be the only surviving fragment, sung by a caricature of a prominent Shakespeare scholar to the tune of "I am the Very Model of a Modern Major General":

I am the very model of an early modern pedagogue —
I'm versed in Milton, Chaucer and most parts of the old decalogue.
My lexicon is latinate, you see I'm quite the philologue:
I quote the ancient texts in both their sources and their an-a-logues...

My methods are archaic, my young colleagues call me "trilobite,"
So rarely am I out of doors I'm taken for a troglodyte
I annotated Cymbelene well into my own wedding night —
I know that it is all worthwhile, for lo! how I wax er-u-dite...


Yeah. Well, you asked for it, so I suppose you shouldn't really complain. (I'm hoping, by the way, that Ron Silliman will find a grad student to comb through it for quotations from Quine).

Posted by Archambeau at 12:02 PM No comments:

Email ThisBlogThis!Share to TwitterShare to FacebookShare to Pinterest
Labels: I'm not sure what to call this.

Intellectual Property and the Invention of the Poet 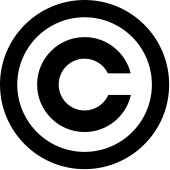 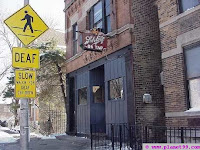 It's been a good week for poetry in the vicinty of chez Archambeau. I trucked on down to the redoubtable Danny's Tavern reading series to see Johannes Goransson and Joyelle McSweeney, and ran into a thick clould of poets hovering around the bar: Joel Craig (who gave me the DJ's take on MP3s), Josh Corey, Chris Glomski, Kristy Odelius, and a host of others. Also David Amrein, who conducted the orchestral settings of a couple of my poems this spring. The next day I got to hang with Don Share at the Arts Club, and today there's a John Kinsella reading up at Lake Forest College. Meanwhile, books keep pouring in via the mail (faves this week include Patrick McGuinness' Nineteenth Century Blues and Jerome Rothenberg's Triptych).

But that's not why you stopped by.

You wanted to know how the modern concept of the poet came into being. Fair enough! The last four cups of coffee have given me the confidence to launch on an answer with a vigor I usually reserve for my Official Patented Sunday Morning Post-New York Times Rant In The Local Waffle House About How The Bush Administration Consists Of A Bunch Of Bad Dudes And We Oughta Do Somthing About It Dammit. (Oh eye-rolling denizens of the Highland Park Walker Brothers Restaurant, I beg your forgiveness yet again. I just can't distract myself enough with your placemat mazes and word-searches any more). 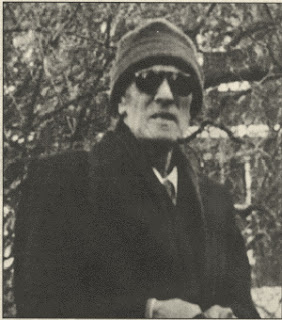 So here's the deal. The new Penguin edition of Ed Dorn's poetry had me thinking about an old quip of his, that "sensibility is no substitute for consciousness." Dorn has often been accused of being prosey, of writing essays that pass themselves off as poems. In a way, he sets himself up for that kind of accusation by following the poetics outlined in his quip. When he says sensibility is no subsitute for consciousness, what he's getting at is this: that the post-Romantic notion of the specialness of the poet's personality, and of the poem as a kind of aura of feelings cast by the poet over his subject matter is a very limiting thing. Dorn just doesn't buy what Wordsworth said about the poem being a matter of "feeling giving importance to action." For Dorn, this Romantic notion was still very much with us (he had a point — pick up a copy of any university-sponsored literary magazine produced outside of the crescents of land around southern Lake Michican or the San Francisco Bay and you're still just about certain to find, somewhere in its pages, a poem where an ordinary event or object is meant to be jazzed up to the level of poesis by the special sensitivity of the poet). And for Dorn this sort of poetry isn't, as a rule, of much interest. What he wants instead of a poetry of sensibility is a poetry of consciousness, which for him is always consciousness-of. Consciousness of things in the world, in history, in geography; consciousness of the objectively there.

I'm a weak-spined, pale-complexioned, soft-handed eclecticist when it comes to poetic style, so I tend to think of Dorn's poetic as something that worked for him, rather than as something that must be taken as an eternal verity. But his view of the poem as something more about the world than about the poet's sensibility put Dorn at odds with the pervading norms of his time — post-Romantic norms that have by and large survived within/alongside/around modernist norms. (a while back I blogged a bit on Marjorie Perloff's distinction between post-Romantic expressivism and Modern/Postmodern constructivism — gluttons for punishment can check it out if they really want to). Poetry, if you ask the ordinary early 21st century schmendrick, is more a matter of sensibility than it is of information. Dorn, with his info-shooting gunslinger, just wasn't having it, and so was kind of sidelined in the grand scheme of American of poetry (making a boatload of enemies by always speaking his cantankerous mind couldn't have helped either).

So how did this notion of the poet as a special sensibility, rather than an info-gatherer or Poundian village explainer come into being? (How it is slowly dying is another question, for which I'll need another pot of coffee to opine regally). I think I've got it: the development of copyright law in the eighteenth century. Let me explain!

In the eighteenth century, when most European countries were still trying to get their acts together vis-a-vis the idea of a copyright law, one of the main obstacles writers faced was the notion that all they did was present knowledge, and knowledge was a pre-existing entity, waiting out there for anyone to pick it up. It couldn't be "intellectual property," because it wasn't something you invented (notions of the social construction of knowledge were far off in the future, and even the idea that knowledge grew and progressed wasn't really a mainstream notion). The general idea was that knowledge was out there like air, and you could breath it in, but not own it. Martha Woodmansee, my current favorite Germanist, really nails the situation in her book The Author, Art, and the Market: Rereading the History of Aesthetics when she says:

The notion that property can be ideal as well as real, that under certain circumstances a person's ideas are no less his property than his hogs and his horses, is a modern one. In the country in which Martin Luther had preached that knowledge is God-given and has therefore to be given freely, however, this notion was especially slow to take hold. At the outset of the eigtheenth century it was not generally thought that the author of a poem or any other piece of writing possessed rights with regard to these products of his intellectual labor. Writing was considered a mere vehicle of received ideas that were already in the public domain and as such a vehicle, it too, was considered part of the public domain.


Eighteenth century opinion is pretty clear on the point. I mean, consider the outrage of the philosopher Christian Sigmund Krause, when he was confronted with the idea that an author had intellectual property rights:

With what justification does a person expect to have more property in the ideas he expresses in writing than in those he does orally? With what justification does a preacher forbid the printing of his homilies, since he cannot prevent any of his parishoners from transcribing his sermons? Would it not be just as ludicrous for a professor to demand that his students refrain from using some new proposition he has taught them as for him to demand the same of book dealers with regard to a new book? No, no, it is obvious that the concept of intellectual property is useless.

The guy sounds like one of those Copyleft activists — with whom I instantly have a great deal of sympathy every time I have to write to a publisher asking for permission to quote a poem, and every time I decide to photocopy a whole book and spend as much time looking over my shoulder furtively for the avenging librarians as I do fumbling in my pockets for more quarters. I mean, Krause would have gotten on well with those guys who used to follow the Grateful Dead around, taping all the shows, and declaring that music should be as free as love. (Full disclosure: I tried to tape a Dead show once, at Soldier Field. It didn't work out too well, but that was my fault. I was using the pocket-sized mini-tape recorder I'd used earlier that day to interview Eavan Boland for the Notre Dame Review).

So anyway. How could an author, in the incipient age of commercially viable print, make an honest buck? How could he lay claim to ownership of his writing? Well, if he couldn't do it on the grounds of owning the information, he could try another tack, and say that his particular way of experiencing and presenting the information belonged to him. No one can say they own your personality but you, right? Well: just say the work embodies your private sensibility, and then you can claim it as your own. A bigger blunderbuss in the eighteenth-century German philosophical armoury than Krause, Johann Gottlieb Fichte, fired off this shot in defense of the author's rights: 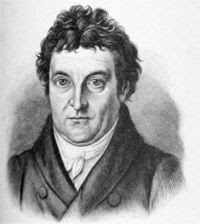 Each individual has his own thought processes, his own way of forming concepts and connecting them.... All that we think of we must think according to the analogy of our other habits of thought; and solely through reworking new thoughts after the analogy of our habitual thought processes do we make them our own. Without this they remain something foreign in our minds.... Hence, each writer must give his thoughts a certain form, and he can give them no other form than his own because he has no other.... [This form] thus remains forever his exclusive property.

So there you go. For Fichte, a writer is a sensibility. The notion really took off running with the Romantics, and staggers shaggily across the landscape to this day, gasping for breath in the postmodern air but not even close to having a full-on cardiac arrest. Dorn took his best shot at the beast (Roland Barthes wrote the premature obituary), but as it turned out the old gunslinger couldn't quite bring that wheezing buffalo down.

Posted by Archambeau at 11:17 AM No comments: 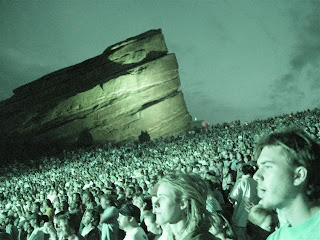 You're probably wondering when you should start making plans to follow my fall world tour. Well, wonder no more, teeming multitudes. Although I've decided, for the most part, to hole up in my study and Write My Book this fall, I'm being dragged from my lair for a gig in Chicago (live! one night only!):

It'll be an interesting break from reading in college auditoriums, bars, conference centers, arts centers, corporate retreats and scout jambourees, like I usually do (those last two may have been part of a dream). I may just have to dust off my vestments and dig up the old pope hat they issued me at Notre Dame.

Posted by Archambeau at 10:30 AM No comments:

And live to tell the tale!

Posted by Archambeau at 4:45 PM No comments: