A Devil's Dictionary of the American PoBiz 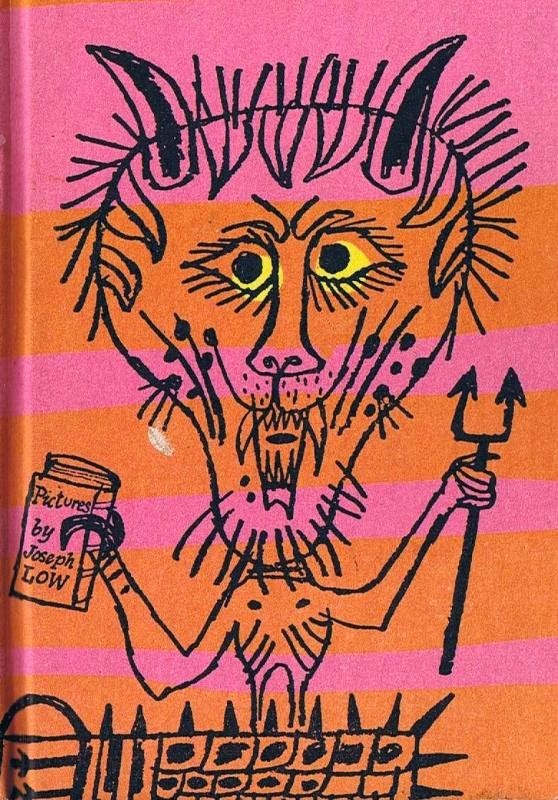 A Devil’s Dictionary of the American PoBiz

Adjunctivitis: The condition, visible on your vita, of having held so many adjunct teaching gigs for so long that tenure-track hiring committees suspect there’s something wrong with you and silently pass on to the next applicant.

Anti-Foundationalism: The belief that all evil emanates from the Poetry Foundation’s menacing, black-walled headquarters in Chicago.  It was once thought that being invited to air one’s dissent in the pages of Poetry or on the Foundation’s website would ameliorate symptoms, but studies have since shown such treatment just as likely to intensify the condition.

AWP Block: (Pronounce the “AWP” to rhyme with “yawp”): An occurrence in which your attempt to schmooze with the editor of an important journal is cut off by another desperate poet who sights the editor’s name tag and swoops in between the two of you, giving the editor a big air kiss and clocking you with a tote bag.

Bestseller: A poetry book purchased by at least one person neither related to, nor a former student of, the poet in question.  The existence of bestsellers has yet to be verified.

Censorship: Something that happens to poets in other countries.  American poets are protected by the constitution and widespread public indifference.

Close Reading: An event at which one performs one's poems in a venue the size of a phone booth.

Hinternet Publication: Online publications so obscure that only the hardiest of online frontiersmen will ever come across them.  Just as real-world hinterlands are often given misleading names to attract settlers (“Greenland”), hinternet publications have been known to include indicators of grandeur (the word “Review,” for example) in their titles to lure the unwary and deceive the department chair looking over one’s annual evaluation.

Impoetence: Writer's block.  A failure to rise to the occasion.

Mastblurbation: The writing of vague or incomprehensible blurbs, rife with terms such as “achingly,” “audacious,” “luminous,” and the name-checking of John Ashbery.  Alternately: the writing of one’s own jacket copy.

Metafore: The act of trying to convince a more prestigious poet that the two of you have met on a prior occasion.

Microphellatio: The widespread phenomenon of poets posting pictures of themselves with microphones dangling in front of their open mouths.

MFAphasia: The condition suffered by those who stop writing after they’ve finished their MFA theses and no longer have to come up with something for workshop every week.

Multiclutchural Poet: One who tries desperately to find a Native American, African-American, or Latino ancestor.  Mid-career name changes may be involved.

Oral Phase: The point in a prominent poet’s career when he or she spends so much time criss-crossing the country giving poetry readings and talks at conferences and hob-nobbing with the local literati that the actual writing of poetry ceases.

Oronism: The religious belief, widely held to be heretical yet celebrated irregularly by congregants at secret gatherings at Orono, in the remote woods of Maine, that only those poets with a personal connection to SUNY-Buffalo exist, and that all others are illusions created by an evil demiurge named Vendler.

Profschmerz: The anxiety/defensiveness/resentment felt by American poets who are not working as professors during an era in which the most common source of a poet’s paycheck is a university English department.  Symptoms are various, but the phrase “I pity you academicians” is a sure sign of an advanced stage of the disease.

Reversifier: A poet who tries to write in meter but gets it backwards.  A New Formalist.

*
Many thanks to R.S. Gwynn, Paul Bond, T.R. Hummer and Michael Anania for their valuable research in cataloging these terms.