Much Interest in Disinterest 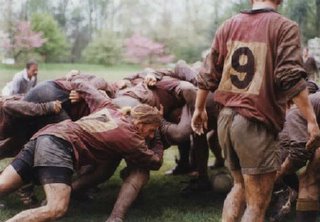 So there I was, a few days back, basking in the warm glow of Josh Corey’s kind words

about my post on "Good Taste, Disinterest, and the Divided Self, with a Peroration Concerning the Doom of Iraqi Democracy" as I strolled out the door of my office on my way to lunch. Imagine my surprise when five figures lept out from behind an arbor vitae and wrestled me to the ground. What could it be? Had the Lake Forest rugby team turned against me? Was I to be mugged and have my wallet (contents: sixteen bucks and a Johnny Thunders Fan Club card) taken from me? No! As I wriggled around at the bottom of the scrum I recognized my assailants: Mark Scroggins, Dave Park, Henry Gould, Eric Selinger, and Jeffrey Bahr. They didn’t want my precious Johnny Thunders card, either: they wanted me to know they took issue with my post. Between elbow-jabs and ear-tugs, they explained the nature of their critique. As I understood it from deep inside the scrum, they had two areas of criticism.

1. The Split Self of the West 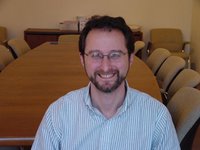 Eric Selinger maintained that I had taken a political stance against the Enlightenment (and the West in general) when I quoted Lawrence Rosen on the existence of a split in Western self that isn’t present in the Arab self. Rosen maintains that the disinterested self of the Enlightenment west, which divides the professional role from the individual’s values, isn’t strongly present in Arab societies, where the self, lacking this split, is “whole.” Mark Scroggins agreed with Selinger on all this, or so I gathered from their synchonized jabs to the Archambaldian breadbasket.

Since both of these guys came away from the piece with the same impression, I’m going to take responsibility for a lack of clarity, even though I don’t think I did take a political stance for or against this kind of Enlightenment subjectivity. Rosen means his words for the two different kinds of subjectivity (“split” and “whole”) to be merely descriptive and not laden with values, but in the end they are loaded words, and we do tend to equate “wholeness” with “goodness,” so I can see where the trouble started. And I did give only one example of Enlightenment subjectivity, in which it was shown as making some unpalatable behavior impossible. But I don’t think I said that Enlightenment subjectivity was always bad, or that it’s alternatives were always good.

Anyway, Eric was soon willing to acknowledge that the problem may have been with clarity more than with content, saying “Maybe Mark and I did pile up on you, Bob, but my sense is that disinterested aesthetic pleasure, like so many other products of the Enlightenment, is in fact under attack these days, if not necessarily by you.” And right he is about that! I just finished teaching a course on the Enlightenment with my historian colleague Dan LeMahieu, and remember his closing remarks about the continuing radicalism of the Enlightenment, under attack by fundamentalists at home and abroad. (For the record, I’m too much of a Frankfurt School guy to be unaware of some very real and powerful critiques of the Enlightenment, and spent too much time teaching Romanticism not to feel the truth of some of these critiques, but on the whole I think you’ve got to see most of the Enlightenment legacy as tremendously positive).

A different form of critique of these notions of selfhood came from Jeffrey Bahr, Henry Gould, and Dave Park, all of whom made versions of the following point: the Western self/Arab self dichotomy is too simple because both selves are hybrid. This I grant immediately, and not merely because of the head-lock in which Park held me at the bottom of the pile, nor due to the powerful noogies administered by Bahr, nor the savage half-nelson into which Henry repeatedly put me.

Bahr pointed out that Western subjectivity is hybrid, combining elements of the “disinterested”/gesselschaft-oriented Enlightenment self with a more “interested”/gemeinschaft self. He put it this way:

I like Robert's characterization of "separation" that many Americans exhibit in their beliefs and behavior. I wonder, though, if western civilization is really so far along the ethical curve. It hasn't been that long since most police forces had large numbers of the force getting free drinks at bars or accepting a $10 bill in exchange for overlooking a traffic violation. Political machines, patronage, and municipal deals that would be labeled as "corrupt" were also prevalent for most of American history.

Right! I mean, I live in Chicago. You shouldn’t have to tell me how the world of Enlightenment disinterest is mitigated by a very different version of ethics. I’ve even read Mike Royko's excellent biography of the first Mayor Daley, so I’ve got no excuse for missing this point. Noogies merited! 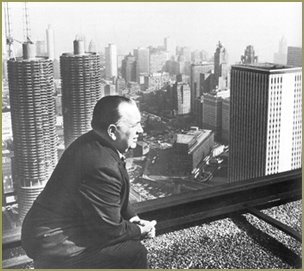 Henry pointed out that all cultures have their different splits in subjectivity (“The divisions & splits between (ethical) self and (social) role seem inherent to moral dilemmas of every kind, in every culture”) and he’s got a point. I (and Rosen) contrasted a Western split in subjectivity with an Arab self that lacked that split. But while there may be no exact counterpart to the post-Enlightenment Western fissure in subjectivity in the Arab world, any culture is sure to be full of its own various splits and fissures. So I’ll wriggle out of Henry’s half-nelson by acknowledging that I threw too many unqualified asserions into the initial post.

You begin with the contention that "modernity is disinterest." Great. I like it. Just the kind of top-heavy and profound statement we readers of Samizdat blog have come to expect from our troubador Bob. You offer a discussion of Randy Cohen's suggestion that someone keep their personal opinions away from their occupational function. You move from this to a ... broader set of assertions, concerning the roots of modernity, and the difficulties that face anyone hoping to introduce democracy in Iraq. Fine. But you say that this notion of disinterest leads one to become a "very split self". Well, maybe. You presume that the interested/non-modern self is somehow more 'whole' than the modern disinterested one. This ignores the tremendous amount of 'splitting' that can occur in the self that exists in a society that does not buy into disinterest. Are Iraqis really so un-split? Do they not interact differently in different situations? This does not wipe you out, but you must concede that, if modernity is to be understood in terms of the introduction (and spread) of the splitting of the self, this splitting is not the only kind of splitting there is.


2. Aesthetic Theory and the Origin of Enlightenment Subjectivity

Okay, I know this subject heading looks like a parody of the kind of paper I used to write in grad school, but it is the best short phrase I can think of to describe the second part of the criticisms leveled at my initial post. These come from Mark Scroggins and Dave Park, mostly (with Eric on board as well).

Mark puts the point in concentrated form, saying that the claim that the Enlightenment subject has its origins in aesthetic theory is unconvincing because

the splitting-up of the Enlightenment and post-Enlightenment Western subject is entirely overdetermined, entertwined and inter-influenced in so many directions that it seems patently reductive to point to this one aspect of division of psychic labor (yes, it all does come down to capitalism, somewhere) and premise another aspect upon it. A disinterested aesthetics is no doubt part and parcel of the ambivalent project of enlightenment ... but I can’t buy it as somehow a “triggering” element.

On the “part and parcel” business Mark and I can agree. And it was both hasty and quite probably inaccurate to make early aesthetic theory out as strictly causal. So Mark’s probably right there. I do think, though, that eighteenth-century aesthetic theory comes early in kind of thinking that forms the basis of the Enlightenment self — a point not too distant (as
Mark points out) from what Terry Eagleton has to say in The Ideology of the Aesthetic.

So, as I crawl from beneath the pile, shaking hands with my worthy assailants, I conclude that there’s still a lot of thinking that needs to be done here.

And in Other News...

Responses to another recent long post, on the varieties of self in contemporary poetry, have been more generally positive, including one by Kevin Andre Elliot that takes the whole notion and runs with it in a two-part post up here and here. Well worth a look!

Posted by Archambeau at 3:16 PM