Another Chicago Magazine on Home and Variations

Summer's here, teaching is over and done, and for the last couple of weeks I've been dividing my time between representing the Chicago and North Shore Croquet Association with no great distinction (Curse you, Chad Kainz, with your third wicket sucker-punch! Curse you to hell!), and scribbling away furiously at an article about poets wanting to have their cake and eat it too — wanting, that is, both total artistic autonomy and the kind of political efficacity you normally only get when you adapt to the needs of a cause or an audience (no yawning, class!). But I was torn from my navel-gazing by a 3:00 AM email from my former student Caitlin Meeter, who, among other things, informed me that the new issue of Another Chicago Magazine was out, and that there was a review of my book Home and Variations in it (Caitlin interned at ACM, so she's got the inside scoop on these things). Ever eager to read about myself, I checked it out. It's by Mike Puican, whom I met once when I was speaking at a John Matthias conference at Notre Dame, and whose sharp poems I've seen here and there, and it goes like this:

Repetition in modern poetry is generally used very sparingly. Repeated words or phrases can effectively underscore a point or intensify an emotion, and forms like villanelles and sestinas have been exploiting this rhetorical device for hundreds of years. In poetry’s quest for freshness and inventiveness, however, repetition is largely viewed as an outmoded device.

But if anyone told Robert Archambeau he has decided to ignore it. The approach of many poems in his inventive, first collection of poems, Home and Variations, is to take a phrase, a quote, or historical fact and disassemble it into fragments that are continually repeated and reworked throughout the poem. In this process the original material is examined, extended, and in some cases completely refuted. Archambeau not only bucks convention, he embraces an inventive use of repetition and as a result has created a form of discourse that is compelling and feels very new.

“Citation Suite,” the 27-page centerpiece poem of Home and Variations, starts with a quote from Robert Duncan: “The poem is not a stream of consciousness, but an area of composition in which I work with whatever comes into it.” This is the guiding principle not only for the poem but for the entire book. “Citation Suite” is in four parts, with each part broken into seven sections. Each part begins with two quotes — unrelated fragments of novels, philosophical discourse, observations on the disintegration of culture, thoughts on the future, and the like — from a diverse collection of writers including Virginia Woolf, Plato, E.M. Forster, V.S. Naipaul, Richard Rorty, Shelley, and William Morris. 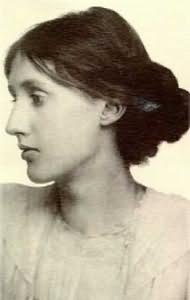 Part I, for example, begins with a Virginia Woolf quote from the novel To the Lighthouse, where one of the characters, Mr. Ramsey, suggests that all thought could be arranged into the 26 letters of the alphabet. The next quote is from Plato’s allegory of men who have been chained to the wall of a cave their whole lives. One of them is freed from his chains and is given the chance to reflect on his life as he walks to the surface. Then Plato is considering that all thought can be broken into the letters of the alphabet. Later Mr. Ramsey and Plato are wandering the halls of the same hotel searching letters on the doors of the rooms. What begins, and continues throughout the poem, is a dizzying combination of lines and fragments from various quotes that both reinforce the points made by the various authors and contradict them. Along the way Archambeau inserts his own characters and ideas. Each time a new quote is introduced new material is added to the jumble. Here is one complete section toward the end of the poem. I’ve inserted the names of the authors who originally supplied the material:

Imagine that the cities that make up what we call “The West” (Rorty) vanish tomorrow, gone past recovery (Morris), and we are welcomed with intense and overweening love by the very skin and surface of the earth (Forster) as a lover welcomed to the fair flesh of a woman that he loves (Morris).

Imagine then our dwelling place — sun, pine, the sound of birds (Nathaniel Tarn).

I would tell this story (Archambeau).

Unlike the direct approach of traditional Western logic (If A = B and B ≠ C, then A ≠ C), Archambeau’s approach is more the way a bee flies — indirect, unintentional-seeming, and more emotionally authentic. The key thesis of “Citation Suite” is that there is vast knowledge outside the traditional, academic (Western) approach to learning. Stepping outside of it opens the opportunity for new understandings of the world. The indirect rhetorical approach of the poem seems to underscore Archambeau’s point perfectly.

Not all the work is completely serious. While his references are largely from the canon of great literature, Archambeau also uses irreverent references from popular culture. In “Major Thel: A Space Oddity” he reinvents the main character from the Blake poem “The Book of Thel” as the astronaut in the David Bowie poem “Major Tom.” In the Blake version, the character Thel talks to a lily, a cloud, and a clump of dirt, arguing against the need to accept one’s insignificance in the world. In the reworked version, Thel the astronaut floating to the David Bowie tune argues with a meteor, a cloud, and an instrument needle that is hallucinated into a worm. As Major Thel is faced with the reality of crashing into the ocean, the various interlopers respond with hip jargon that condenses the lyric persuasion of the original into “it’s all good.” This would 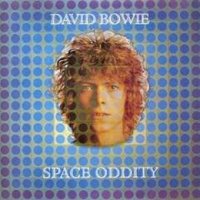 all be dismissed as a joke if the poem did not end with the notion that outdated styles of art can be resurrected and can effectively work their way into and inform new, modern artistic versions. Throughout the collection Archambeau takes on, updates, extends, and turns upside-down works from a wide variety of authors including Sylvia Plath, C.P. Cavafy, Jules Supervielle, Blas De Otero, Wislawa Szymbourska, and Robert Hass — not to mention historical figures like Annie Oakley, Jan Vermeer, and events like the Fututists’ convention of 1913 and the fair held on the Thames river in 1693, the year the entire river froze solid. Despite the title, a number of poems stray from the home-and-variations premise of the book, and, for my taste, not all are successful ( a six-section poem at the end of the book parodying the tenure process at American universities seems more suited for a college graduation skit). However, with the majority of the poems, the author directs his considerable modernist talents to disrupt expectations and extend meanings.

At a time when the ethic is to avoid anything that comes close to repeating a word or idea, Archambeau embraces the act of going back, reworking and retracing one’s steps. In doing so he makes unexpected use of repetition and finds a way of expressing something new. Even if the final point of the poem is sometimes one that is familiar, the presentation of ideas and the rhetoric of the poems in this collection is fresh, inventive and very exciting.
— Mike Puican, ACM #46, 242-245

In other news, Dave Park, an evil genius, colleague, pal, and good guy to have around when the basketball gets stuck behind the net, has launched his new blog, Pravda Kid. Dave's a communications and media theory guy, among other things, and has taught me a lot about how art and literature function in the world. His blog will be worth watching.

Posted by Archambeau at 2:54 PM No comments: