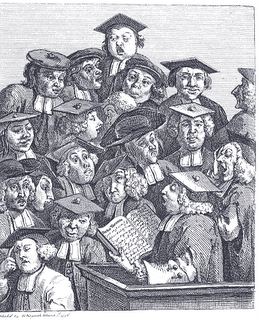 U of Chicago grad student Lee Glidewell, who's been co-ordinating the talk I'm giving Monday at the University of Chicago's Council on Advanced Studies Poetry and Poetics Workshop, tells me that my paper is available for download. 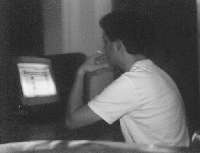 That he has put all this together despite my dunder-headed file follies attests either to his inherent serenity of mind or to a longsuffering resignation with regard to professorial poet types, a state made tolerable only by his own dreams of revenge once he joins the professorial ranks and begins making arbitrary demands on his own phalanx of exploited research assistants ("Niblik, get in here!" I imagine him bellowing into his office intercom, "and bring me a dozen copies of Marjorie Perloff's new article -- this time on off-white paper! You know how sensitive I am to glare!").

The posting of the paper continues the U of Chicago's tradition of distributing papers before a seminar (a very good idea, as anyone who's listened to interminable conference paper readings knows), but the catch is that the paper is only available until the seminar takes place. So act now, consumers!

The paper comes out of the Laureates and Heretics manuscript, and is called "The Poet as American in the Age of Identity Politics: The Rise of Robert Pinsky." Essentially, what I have to say is this: in the seventies, the whole cultural field in America is shaken up by identity politics, but for all kinds of complicated reasons having to do with his intellectual formation, Robert Pinsky writes a poetry that affirms a general, inclusive American identity, and does so in a way that is particularly appealing to all those culture-brokers who eventually elevate him to his three terms as U.S. poet laureate.

The real object of the paper is to map out some of the forces at work in the shaping of the American poetic field of the seventies (there's a short riff, stolen from Peter Middleton, on how the same forces help shape experimental poetry during the period, too, for example).

Let the bells ring out among all parishes inhabited by admirers of Canadian Oulipo-inspired writing! Christian Bök's Eunoia has been excerpted in the latest issue of Harper's.

Posted by Archambeau at 7:29 AM No comments: