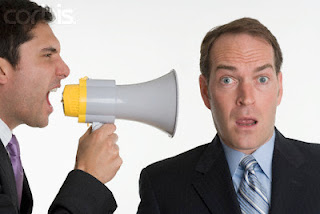 I've been surprised by the amount of feedback I've been getting back-channel about the Poetry/Not Poetry Post (I suppose back-channel is the only way to get feedback, since I'm the only blogger in the world who hasn't turned the "comments" section on). Anyway, here are two comments I thought were particularly interesting, pointing as they do to some of the shortcomings of the post. I think both Kent and Lucas are dead right.

Just wanted to say I really liked the last blog post on Poetry/Not Poetry. A collection of these clear, instructive pieces would make for a book that could attract some attention, I think. I've sent the link out to a few folks, already, today.

Just a couple comments, if you don't mind: There seems to be a slight weakness in the essay, inasmuch as your case of the Augustans as exemplary model of Pre-Romantic notions of poetry gets contradicted a bit when you quote Coleridge on Shakespeare as exemplary model of organic form! In other words, I'm not sure Pope and Dryden so neatly stand as representative of some unbroken attitude towards poetry's nature (prose with versification added, as you have it) dominant before Romanticism. In their conjoining of the poetic and didactically discursive, the Augustans themselves represent a historical break and turn, really. I know that your point is a general one, and the essay does a great job of putting forward a helpful, broad, heuristic frame. But I wonder if a couple sentences of qualification there might be good: Systems of patronage aside, there are important differences of poetic attitude and belief, surely, between the Elizabethans and the Metaphysical poets, for example, vis a vis the 18th century masters...

The other thing I was thinking you could qualify/clarify is that you are speaking about the *Western tradition*. It's very interesting that Chinese poets in the late Tang, for instance, or Japanese renga poets for centuries--and long before the Romantics--were practicing a very elliptical, even "postmodern," "discontinuous language" kind of poetry (Renga is the prototype of the New Sentence!). Of course, some of this classical work has helped make our own modern and "post" period in English-language poetics what it is, starting with Pound, and so on, so it's not like it's new. But in other ways, we're just beginning to appreciate how ahead of "us" (by something like 1000 years!) the Chinese, for example, were.

Anyway, and really, excellent stuff. It's refreshing to see, frankly, complex ideas put into clear and even entertaining prose. So just quickly sending you these comments, for what they're worth.

I found myself really responding to your blog entry. I think it helps me clear up a number of things I've been thinking about recently. One quibbly question, though: when you say "Suddenly, poetry wasn't more-or-less continuous with prose, or prose-plus-special-effects," I wonder if this shouldn't actually mean that prose wasn't poetry-minus-special-effects. Isn't poetry older than prose?

Posted by Archambeau at 10:39 AM No comments: