Primitivism and Speech in European and American Poetry 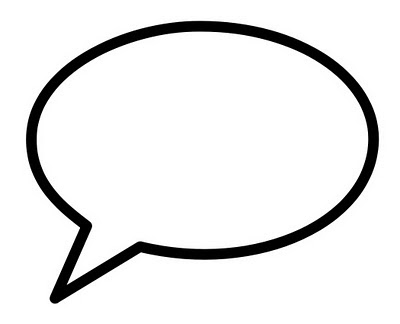 Lately I've been spending my Fridays in the dull duty of an editor, working on an edition on the uncollected English works of the late, great Swedish poet and critic Göran Printz-Påhlson. I had the privilege of meeting him back when I used to teach at Sweden's Lund University in the 1990s, and he was living nearby in Malmö. He'd had a long career teaching in the U.S. (Harvard) and U.K. (Cambridge), and seemed to possess an encyclopedic knowledge of English-language poetry and poetics, as well as a deep understanding of European poetry in several languages. He'd also been a mentor to the Swedish writers I admired most, notably the amazing poet Jesper Svenbro.

Going through anyone's unpublished works is a bit like trying to clear out the Augean stables, and if your scholarly patience is anything like mine, it can feel a bit like trying to clear those stables out with nothing more than a worn-out Swiffer. But there are some serious rewards, from time to time. The jewel-box hidden in the mire, in the case of Printz-Påhlson's work, has been the discovery of decent drafts of a series of unpublished essays from the 1980s called "The Words of the Tribe: Primitivism, Reductionism, and Materialism in Modern Poetics." My faith in American literary xenophilia is weak enough that I don't foresee these making a huge splash when the book appears, but my faith in Printz-Påhlson is such that I'm convinced they should produce some serious waves. I've just about knocked the first one, "Linguistic Primitivism in Modernism and Romanticism" into publishable shape (a few missing citations aside). Printz-Påhlson takes on various ideas of primitive language, eventually concentrating on the idea of common speech as a medium for poetry. He's not an advocate of it, though — more of an critic taking a cold, hard look at theories of simple language and speech as a fit medium for poetry. He looks at Romantics, notably Wordsworth (who believed in the language of the poet as the language of "a man speaking to men") and the young Ezra Pound, with his strictures about "no hindside-beforeness, no straddled adjectives (as ‘addled mosses dank’), no Tennysonian-ness of speech; nothing — that you couldn't, in some circumstance, in the stress of some emotion, actually say." He concludes with some sweeping statements about European vs. Anglo-American poetic traditions:

Linguistic primitivism has put its distinctive mark on modernist poetry in the whole Anglo-American tradition. When we look at modernism in a wider or European setting, we find very little that corresponds to it. The voices of modernist poetry in French or German poetry, from Hölderlin to Celan, Baudelaire to Bonnefoy, speak defiantly in another dialect, lofty, vatic, solemn, sermo sublimis rather than sermo humilis. Paul de Man has in a masterful and pregnant early essay traced the primary vocabulary of that dialect to its sources in figurative language of great simplicity, “The Intentional Image in Romantic Poetry.” In this essay he reminds us that whatever the demands of the language, of the social world or the sensual world, or even the ontological primacy of the natural object, words are used in poetry not as signs or names, but in order to name, in an Adamic act. He is quotes the words of Mallarmé (from his epitaph on Poe) “donner un sens plus pur aux mots de la tribu.” Is this to be taken, with the English poet, as an act of social acquiescence in the face of the intractability of language, or with the continental poet, as a defiance of social demands in order to reach the silences behind the words? Those are the questions that will be present for us in further investigations of these problems in this series of lectures. Let me conclude here with a quotation from Wordsworth’s third “Essay Upon Epitaphs,” which marvellously comprises both views in two sentences: “Words are too awful an instrument for good and evil to be trifled with” and “Language, if it do not uphold, and feed, and leave in quiet, like the power of gravitation or the air we breathe, is a counter-spirit, unremittingly, and noiselessly at work to derange, to subvert, to lay waste, to vitiate and to dissolve.”

Like all sweeping statements, what's swept away are the moments when actual practice doesn't line up with the large theory. But still — there's much to think about here. Pound, Olson, Oppen, and in a different way much in the New York school (Printz-Påhlson was Ashbery's Swedish translator) — all have an affinity for speech, and the affinity became so strong in American poetry that Robert Grenier had to break with it, making his grand declaration "I HATE SPEECH." And the dominant English poetic tradition (in whose shadow the large, adventurous experimental crowd still stand) seems interested in maintaining a kind of continuity between the norms of spoken language and poetry (think Auden, think The Movement, think Andrew Motion et al). The question of just what this distinction from the more radically anti-speech Continental traditions can mean, especially socially, is fascinating. And it's the pull of that question that keeps me editing. On to the next three essays in the series! Excelsior!