The Trouble with Ron 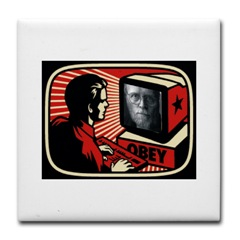 Back from Philadelphia, where I spent Christmas, and now in deep convalescence from a cold I picked up from my nephew (I don't know what the deal is, exactly, but every time I'm in close proximity to children I get sick). But undeterred by illness I blog doggedly on from behind my half-empty bottle of Nyquil (the only cold medicine to come with its own shot-glass) and an ever-growing haystack of used kleenex.

Today's act of bloggery is prompted by Josh Corey's meditation on Ron Silliman's blog. Silliman has an odd status: since he was the first poet of standing to start blogging, since he does it regularly, and since he plays a kind of manichean game (in which you are invited to feel like one of Ron's heroic good guys, or to feel the equal but opposite pleasure of raging against the

Orthodoxies of Ron), he's ubiquitous in the poetry blogosphere. In this little world, he is a condition of discourse, a kind of hegemon (as Jim Behrle has stated, not in words, but in a whole line of "obey Ron" merchandise), but he still works the rhetoric of the aggrieved outsider. Maybe it is this dissonance between his objectively central status and his subjective experience of marginality that mars his model of the shape of the contemporary poetic field. I mean, some of what he says about the way we map poetry makes a lot of sense, but there's a narrowness to it that, in the end, is deeply ironic. Check it out.

One of Ron's big ideas is that those who occupy positions of power tend to think of themselves as normal, and others as deviant. Nothing new to this, really: whenever I tell my students that they all have accents, the majority of them object, since they think only those from American English's linguistic minorities (people from the south, or old school Brooklynites, or rural Wisconsin cheeseheads, or whatever) have accents. They think they speak unnaccented English, because their accent is the dominant one. As it goes with accents, so it goes with poetry, and Ron quite rightly wants to see this come to an end. He is angered by a world in which people act "as if Robert Pinsky and John Hollander wrote poetry, but Kasey Mohammad wrote post-modern or New Brutalist poetry, Geof Huth wrote vispo, Erica Hunt & Harryette Mullen wrote langpo." I owe the discovery of this passage of Ron's to Josh Corey, who goes on to comment on it in a way that nails both the virtues and the vices of Ron's way of thinking about poetry. Ron, says Josh,

wants the word "poetry" always to carry an appropriate socio-historico-communitarian modifier, and if he took the time to distinguish more closely the various differences and strains within what he too often lumps together as a School of Quietude he might encounter a little less resistance to his project. (Not that such resistance seems to faze him even slightly.)

There it is: Ron's got a very worthy desire to see all poetry described precisely, and a desire for everyone to be aware that what they write isn't simply "poetry" but a particular kind of poetry, with a history behind it, with a series of implicit aesthetic decisions always already made. This is the good Ron. But the bad Ron is the guy who is willing to lump everything he doesn't like together in one big mass and give it a kind of derogatory name. This is bad because it is unsubtle, because it masks real differences, and because it is dismissive. I suppose this is where the self-image as aggrieved outsider comes into play: it's okay to dismiss all that stuff, you can tell yourself, because they are powerful and they dismiss you. The irony of this (you're narrow-minded and ignorant of us and think we're all the same, so I'll combat it by being conversely narrow-minded) is so clear it is amazing that a guy as smart as Ron doesn't see through it.

One reason I keep harping on David Kellogg's model of the poetic field (with all its limitations and its need for refinement) is that it could lead us toward two things we need: A) a more subtle system of understanding the varieties of contemporary poetry and B) terms for describing poetry that are not already charged with positive or negative value. That "School of Quietude" is always a negative term is clear enough, the proof being that, like so many other negatively charged terms for groups of people, the people it describes never use it to describe themselves.

In the end, I suppose I want one of the things that Ron wants: a poetry world in which everyone consciously understands something about their own aesthetic position and the sociology that goes with it. I just wish he'd be more fair to people from other traditions than they are to him.

1. There is an actual chance that someone like Silliman would listen. I peg the odds of Helen Vendler responding to a blog-based critique of her aesthetics about even with the odds of the Green Party winning a seat in congress. (Oddly enough, though, I do get a lot of hits from Harvard whenever I mention her name).

2. Silliman, I think, is actually in a position to give out the bigger, more meaningful prizes. I mean, those who seem 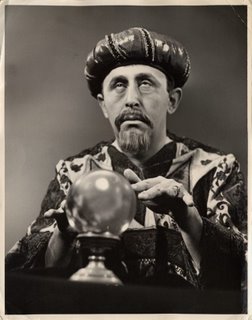 powerful are rarely as powerful as we think they are, and I think that is the case in the poetry world now. I'll bet that time will show us that the real reputation makers aren't going to be the Vendlers of the world, but the Sillimans. The Vendler view is dominant for the moment, but the Silliman view is the emergent power, with scads of younger people taking their cues about literary history from him. Some of this surely has to do with the fact that most of the people Ron would call "Quietude" types don't actually write a lot of criticism, for all kinds of complicated reasons. There's more to say here, but for now I'll just assert my conviction that Ron's blog will probably turn out to be the major canon-machine of early Twenty-first Century American poetry, so what he occludes or elides will become the excluded orders that the future will have to find ways to reclaim. The poets who get neither Ron-credit (from the emergent power) nor Helen-credit (from the now dominant, eventually residual power) will be the most excluded of all, and our sense of literature will be the poorer for it.

Of course my crystal ball is no clearer about the future than is yours. If we hit the treadmill to work off the last week's diet of fruitcake, sugarplums, and double-scotches, we may just live long enough to see how things pan out.

Much more movement in blogland during my Philadelphia hiatus, including an interesting post by Eric Selinger, who riffs a bit on the whole business of aesthetic disinterest.