The Poet as Scriptor 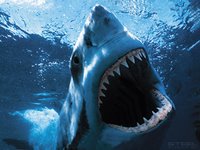 My "Imitations and Collage: From the Poems of Blas de Otero" is up on Sharkforum.org, a very cool site devoted to the art, music, and literature being made in Chicago.

The piece is a set of loose translations (like Lowell's Imitations, or at least that was the plan), combined with a short coda in the form of a pseudo-cento, which combines elements of the translations into a new poem. When I wrote the piece I was tripping on Roland Barthes' "Death of the Author," (still a favorite of mine), and was very interested in the idea of the poet as a scriptor, someone who doesn't so much invent as recombine existing elements. My largest project of that kind was "Citation Suite," which Randolph Healy published in a very slick Wild Honey Press edition, and which you can read online.

Posted by Archambeau at 9:22 AM