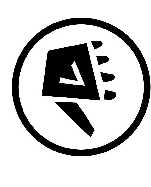 This just in from Jeffrey Bershaw, whose sentiments echo those in a number of messages I received about "The Worst Living Irish Writer"/"The Decay of Twilight"/"The Decadent of Moyvane":

Oh, oh! Your review made me laugh and then a sentence or two later, I'd laughed again. After reading scathing reviews, however, I often wonder why people write them. Why spend the energy to write about something one doesn't enjoy? Unless, of course, one enjoys writing scathing reviews.

Thanks, anyway, though. Fun read. I like your writing. One day, I'll check out your poetry. When I do, I wonder if I'll like it, too.

And voila, my attempt at a response:

Great question! About writing negative reviews, that is. I mean, a lot of people think it is mean-spirited to say something bad about a book of poetry, although curiously enough people don't seem to mind it when a movie gets ripped by a critic. I suppose some of the logic of this apparent contradiction goes like this:

A movie reviewer is payed to give advice to potential consumers, so his loyalty is to the viewer, and he should only be nice to the film,and by extention the film-maker, when the film deserves it. But a poetry critic isn't getting paid, or if he is, it isn't much (true! I tend to get crappy token payments for some of my reviews, like maybe 50 bucks, and most I do for free) (*A parenthetical note to editors: Thanks for the fiddy! Really! I'll take what I can get...). Moreover, there's hardly any audience for poetry, and if you're in an actual bookstore you can sneak a peek into the book and decide for yourself. Consumer advice hardly enters into the matter. So why say something negative about a book of poems, if it isn't to serve the reader (much) or make (much) money?

Good questions! In my own case, I'll say this: most of the time when I'm asked to review books, and all of the time when I go to an editor suggesting a review of my own volition, I review books that I find interesting. But I suppose it is important to note that what I find interesting can be different from what I love. Usually I do love (okay, usually I like) the book in question. But when the Keltoi people sent me Fitzmaurice's book and asked me to review it, things were different. I thought it was lousy poetry, but the particular way it was lousy was interesting to me.

Here's how -- I teach Irish lit sometimes, and read a lot of it, and know some writers over there, etc., and one of the things I'd been interested in was the development of a kind of postcolonial nationalist poetry tradition in Ireland. It's all a bit more complicated than that, but you get the idea. You can see it grow and change over the course of the period of Irish lit I teach: roughly: 1880-now. And you can see it become less well adapted to the local conditions: what ws once liberating becomes confining (again, there are all kinds of variations and contradictions involved, but let this serve for shorthand). You can even see new traditions being born. In my review of Fitzmaurice's book I even named a few people whom I see, in my deeply-flawed crystal ball, as inventing a new Irish poetry. But the book Keltoi sent me seemed like the last gasp of an old tradition. Watching Fitzmaurice trying to write in that tradition was like watching someone triy to play a bassoon with a worn-out reed.

So I thought there was some interesting significance to the ways the book sucked. (Who am I to say it sucked? Another good question! Man, if I didn't have a job, I'd try to answer it too. For now I'll just say that my usual working assumptions on these issues come from David Hume's "Of the Standard of Taste" — don't be put off by the old-school title — and Pierre Bourdieu's Distinction, though the two works aren't really compatible). And I wrote the review because I thought people who are into Irish lit, that being the crowd that reads Keltoi, would be interested. All of this is a bit hard on Fitzmaurice, the hapless poet, I guess, although when you put your book out there you've got to be willing to take some honestly-intended knocks. (So, yeah, Jeffrey, I know, you're going to read my book, and if you honestly think it blows in interesting ways, I guess I'll have to take my lumps too, which I'm sure is easier said than done). I guess I didn't have to post a link to the review on my blog, but if there's any other audience beyond the Irish-lit crowd who'd be interested, my guess is that it would be people who read my writing — a crowd that would fit in a small enough space, I know.

I suppose there's a lot more to say if we look at the Big Picture. We could talk about the idea of professionalism and disinterested evaluation, and the limitations of those ideas, and the form of the book review, and the strangely low ratio of negative reviews to postive reviews. But this about does me in for the time being, what with the new semester banging on my office door, behind which I cower.

So I hope that answers your question. I'm hoping I don't come off as an ogre out to smash egos for the hell of it. And anyway: Fitzmaurice wrote so many poems about how the critics just won't get him that part of me thinks he'll just feel confirmed, if he ever stoops to read the piece.

P.S. There's no x at the end of Archambeau, though it'd be cool if there were.

Posted by Archambeau at 1:19 PM No comments: