The Spontaneous Overflow of Je Ne Sais Quoi, or: How Not to Teach Creative Writing 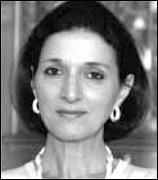 You may well be too careful, when making jambalaya, to rub your eyes vigorously after the indiscreet handling of cayenne peppers. But if you aren't, you'll understand the kind of burning I have in mind when I say that there's a certain kind of blather about writing that I hate with a burning passion. Lynn Freed lays some of this irksome jive down in the most recent issue of Harper's. "EEEEEEEOW but that burns!" Yelped I, leaping about the room on one leg after reading her article, "Doing Time: My Years in the Creative Writing Gulag." "But why?" you ask, "why do gyrate so, groping madly for the eyedrops, Archambeau? What irks?" Good questions, class. Let me explain.

The problem with creative writing professors like Freed (and I think we've all met them) comes from their belief that technique is somehow stifling, that the nature of successful writing somehow (it is never really explained just how) can't be described. When Freed describes her own writing, during those periods when she's teaching, as "intended, crafted, lifeless" she tells us a lot about her assumptions. Deliberate work is lifeless work, she thinks, crafted work is dead work. Indeed, when her students ask her perfectly sensible questions about technique, she not only fails to give decent answers, she resents their having asked:

"How do you build a character with internal monologue?" someone asks. "How do you set up an unreliable narrator? How do you shape the narrative arc?" I shake my head. Despite all my years in the creative writing classroom, I still have no idea how to unravel the mystery. These concerns are red herrings, I say. So are the relative merits of the first, second, third persons, active and passive voice.

Freed feels obliged to say something useful, since the classroom context, so at odds with her belief that "writing cannot be taught" demands it, and it is in this context that she resorts to vague exhortations about the struggle for voice. "What do you mean by voice?" ask her students. "Trying to explain something I understand only sketchily myself, I resort to metaphors — a thumbprint on the page, the inimitable sound of Maria Callas."

Where, one wonders, do ideas like Freed's — shared by so many people inflicting themselves on students in creative writing programs across the land — come from? I can think of two sources, one neoclassical, the other Romantic. The neoclassical source comes in the works of the seventeenth century French poet Nicolas Boileau-Despréaux, author of the immensely influential "Art of Poetry" and synthesizer of many notions about poetry from the classical world. He's the guy who gave us "a certain je ne sais quoi" as the essence of good art, and this idea is at the root of our rot, at least some of it. Here's what Michèle Longino Farrell has to say about Boileau's idea:

Boileau also translated Longinus's treatise On the Sublime, from which he derived his notion of the je ne sais quoi that distinguishes the truly great work of art or isolates the moment of greatness in a piece. This phrase was much in circulation among the seventeenth-century arbiters of taste and surfaces regularly as an attempt to explain attraction for persons or works of art. The fact that this latter-day "sublime" defies definition, as the term so much as states, hints at the arbitrary manner in which it could be deployed by the gatekeepers of the republic of letters to admit a selected elite of writers and to exclude others deemed unworthy.

So there you are. The nature of good writing, a believer in this precept of the je ne sais quoi says, is something I know and you don't and I can't explain. This is the ultimate defense against self-criticism, since you never have to examine your (unexplainable) preferences. It is the ultimate defense, too, of conservative taste, since what is good is simply good, and work that tries to do something different has missed the point. What point? Whose idea of the good? Such questions are not answered, even to oneself. They are dismissed with a superior shrug. In the contemporary writing classroom there's a surprising amount of this, and one wonders just what it is for. In Boileau's world there was, at least, a clear social function for this belief: it allowed the courtiers to keep the rabble at bay by refusing to even argue with them about their tastes. But what could the end be for this idea now, except to allow profs who'd rather not think about aesthetics to continue in their mental slumber? Sadly, that may be enough to keep the idea around.

The Romantic source for Freed's set of ideas is most clearly seen in some of Wordsworth's minor poems. Take, for example, "The Tables Turned," with the famous quatrian:

Sweet is the lore which Nature brings;
Our meddling intellect
Mis-shapes the beauteous forms of things:--
We murder to dissect.

Set aside the fact that these are the words of a character, set aside that this poem is itself set up, Blake-style, in dialogue with a companion poem, set aside the fact that Wordsworth's greatest poetic achievement in The Prelude is an analysis of the creative process, set aside that Wordsworth's "Preface" to Lyrical Ballads is a major critical document and an analysis of poetic technique. Set aside all this, and you can take away a degraded notion of the Romantic artist as a mysterious and inexplicable creature. Set aside all this — as so many do — and you can think of technical understanding as anathema to art. And you're only a step away from the place where you see "intended" and "crafted" as synonyms for "lifeless."

So why, specifically, is this unholy combination of a degraded Romanticism and the most asinine element of Neoclassical aesthetics such a bad thing, when imported into the creative writing classroom? I suppose there are several reasons. One is the simple discourtesy of refusing to answer the legitimate questions of students, another is the self-defeating position one puts oneself in as a teacher who refuses to see the subject as teachable. One may as well grab a chisel and carve “abandon all hope ye who enter here” over the classroom door. But more importantly, there’s the problem of devaluing technique in favor of the idea of “voice” as some mysteriously individual authenticity that somehow hovers above mere technicality as the source of art. Not only would the dismissal of intentional, crafted, technical writing send James Joyce into exile from the Republic of Letters, it would lead to the triumph of the most cliched, because least examined and least honed, techniques. I remember Stuark Dybek, at the last Lake Forest Literary Festival, talking about how the technical elements of writing can feel constraining, then saying "craft is the only access, the only access, we have to the imagination."

One wonders a little why people like Freed teach writing, given their sense that it is unteachable, and their belief that knowledge of technique stifles creativity. To her credit, Freed admits that she “feel[s] like a fraud” — though you’ve got to wonder why she wouldn't walk away from a gig that upsets her so much. It can't just be the money, since the ratio of labor to payoff is so low compared to the other things you could be doing while feeling like a fraud (real estate, anyone?). Like a lot of writers, she seems weirdly torn between yearning for a tenured position and contempt for the work that such a position is meant to make possible.

Is there a name for the set of beliefs about writing and the teaching of writing that people like Freed hold? I’m not sure. But I do know there is a name for people who profess things they don’t believe.

(For a theory about Freed's hatred of teaching that is so out there it is almost certainly true, check out Mark Pritchard's Blog.)