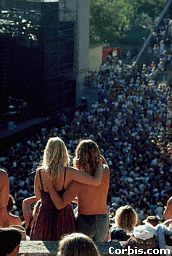 I know you've probably parked the VW microbus you were using to follow me on my world tour this fall, but hold off on fumigating the hippie-funk out of that sucker for a few more days -- I'm adding another gig, and you and your hacky-sack playing, tree-hugging buddies will no doubt want to show up and make a bootleg tape of the rare event. And it's for a cause! Admittedly, "Poets for Human Rights" is about as surprising a cause as "Bankers for Money," or "Fox News Pundits for the Distortion of America's Highest Ideals" but roll with it, peeps. It'll be a good show, featuring a bunch of Chicago's Finest Poets. Here's the press release:

Poets for Human Rights
Speak Out Against Systemic Injustice!

On December 10, 1948, in response to the tragedies of World War II, the United Nations adopted the Universal Declaration of Human Rights. Fifty eight years later, on May 18, 2006, a resolution was submitted in support of a national day and week honoring human rights—this, to the same congress that legalized torture and immunized torturers against prosecution for war crimes.

Posted by Archambeau at 10:59 AM No comments: