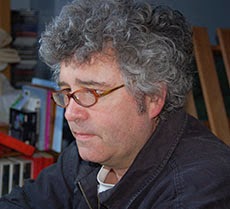 A young English poet, fostered by an ancient and glorious university, starts writing startling, experimental verses, which find their first audience among a talented, radicalized coterie of other young writers.  He’s got amazing chops, especially when it comes to his metrics.  He travels.  He writes.  He is appreciated, especially in the left-leaning quarters of the literary world.  He moves to America, grows increasingly religious and perhaps less radical.  He turns toward more traditional forms, shows a great aptness for rhyme, and embraces the Anglican Church.

The poet is, of course, W.H. Auden.  Unless you add “…but moves back” after “He moves to America.”  In that case, we’re no longer talking about Auden, we’re talking about Simon Jarvis.

I don’t know whether I should be surprised that the two careers bear such similarity, but they do.  Auden’s career is generally seen as splitting into two phases, with 1939 being the crux—and I don’t think I’m alone in believing that 2014 is Jarvis’ 1939.  Consider the words of William Wooten from the February 28th issue of the TLS:

When a devotee of the astringent ‘difficulty’ of J.H. Prynne and de facto member of the Cambridge School publishes a 7,000 line Anglican poem in formal rhyming verse, it is safe to conclude he has had something of a change of heart.  Not total, perhaps.  Simon Jarvis’ Night Office, the poem in question, echoes and alludes to Prynne and foregrounds the sort of Adorno-inspired theorizing Jarvis and others have used to justify Prynnian poetics.  Even the way Jarvis writes as if no one had produced a rhyming couplet since 1908 may be more a result of subscription to modernist orthodoxy than evidence of its renunciation.  Still, there is no pretending Night Office is your standard Cambridge fare.

There are grounds to be less sanguine when it comes to generalities about “standard Cambridge fare” than is Wooten, but one takes his point.  There’s a departure here, even as there is continuity, and the departure leads Jarvis down the Auden highway, toward long, formal verse and the consolations of the Anglican Communion.

Auden claimed that he left England because he feared that, had he stayed, he’d have become a part of the Establishment.  It’s a likely enough counterfactual: one could easily imagine the aging Wystan, or perhaps the aging Sir Wystan, hobnobbing with the English elite in town and country, rather than crouching in his filthy New York apartment, taking Benzedrine to keep up with his book reviewing assignments.  Auden’s fear of ending up an English establishment figure does make one wonder about Jarvis’ fate.  As the Gorley Putt Professor of Poetry and Poetics at Cambridge University, Jarvis is well positioned, should he wish it, to slide into the kind of fate Auden dreaded.  Perhaps that's why, in a letter appearing in a later issue of the TLS, Jarvis emphasized his (very real, very much ongoing) connection to radical Cambridge poetry figures like Keston Sutherland.  If Jarvis is the Auden of the group, Sutherland is the P.B. Shelley.  But that's another topic.