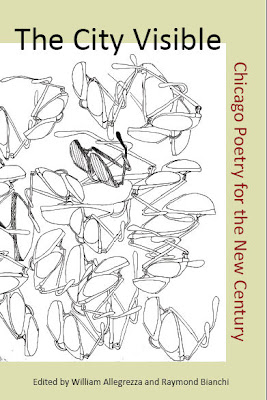 The City Visible: Chicago Poetry for the New Century is so hand-searingly hot off the presses that you can't get it from Amazon.com yet, but you can order a copy directly from the publisher. [UPDATE: you can now score a copy on Amazon!]

The orginal title for the collection was (if my memory of a particularly louche night with the editors and sundry poets at Jimmy's Woodlawn Tap serves) Alive with a Broken Nose: New Chicago Poetry, but the book was saved from such misconstitution by the intervention of Simone Muench, who proved yet again that she is our miglior fabbro (or should that be "fabbra"?).

So if you're interested in a taste of what's been cooking in Chicago poetry (and something's definitely started to bubble in our particular cauldron over the last few years), this is absolutely the place to dig in. Bill Allegrezza and Ray Bianchi have put together a striking list of contributors. I'm honored to be in such company:

There will be readings around the country by select groups from this list. The New York reading (featuring Kristy Odelius, Simone Muench, Bill Allegrezza and Joel Felix) will take place on Monday, May 14th, at the Poetry Project at St. Marks. Not since the days when Michael Jordan would effortlessly float above the bewildered Knicks defense has our big-shouldered city sent such a team New York's way. Be there if you can! 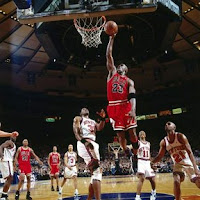 Posted by Archambeau at 4:38 PM No comments: