The Birth of the Death of the Author: Uncreative Writing circa 1968 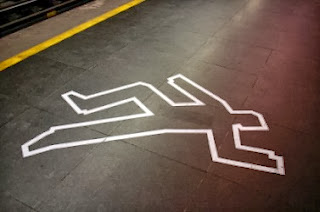 We live in a great age of literary unoriginality.  It comes in many forms, from the mildly sordid and deceptive kind we've seen in prominent poetry plagiarism by C.J. Allen, Christian Ward, and David R. Morgan, to the highly-theorized and honest kind Kenneth Goldsmith and Marjorie Perloff discuss in the context of poetry, to the grand claims for the novel-as-collage put forth  by David Shields.  Advocates of unoriginality should feel a certain satisfaction, then, in acknowledging that the idea of unoriginality is itself something quite long established, and that there is little new in our golden age of the unoriginal.

One could make a strong case for tracing the origins of contemporary unoriginality back to Roland Barthes' great essay of 1968, "The Death of the Author."  The essay seems to present us with a crime scene: the author has been killed.  Who did it?  Of course there is no real corpse, only the death of a certain idea of the author as a personality that can be referred to as the explanation of the text, the owner, the source, and the little god from whose head the poem or novel or essay sprung fully formed.  This figure, born with the rise of the modern bourgeois subject, was killed by a conspiracy of murders, chief among whom was Mallarme (his weapon: a belief that language was more important than the individual author), followed by Proust (wielding books in which the distinction between author and characters dissolved), and a gaggle of Surrealists (bristling with armaments, most of which had to do with the subconscious mind and the disempowering of the ego).  These conspirators were aided and abetted by modern linguists, who were happy to load their weapons with the latest munitions from the structuralist armories, including the explosive notion that the subject as not a person with agency so much as he was a mere function of linguistics.

When this gang had killed the author, Barthes tells us, they replaced him with a new figure more to their liking, someone Barthes calls the scriptor, whose only power is to mix and mingle pre-exising kinds of writing.  As the great conspiracy took hold, all the authors were killed and replaced with scriptors.  They looked the same, and had the same names, but they were entirely different creatures than the authors they replaced.  When we wanted an explanation of the novels of J.R.R. Tolkien the author, we looked to his life, saw his experiences in the first world war, and concluded that the terrifying battle scenes, pathos of comrades facing destruction, and sense of an overwhelming, continent-wide doom came from the author's own experience of war.  Not so when we looked at Tolkien the scriptor.  His novels made sense as the mingling of pre-existing modes of writing—as the coming-together of saga-literature, Norse mythology, Beowulf, and Victorian realism (no one in Norse mythology has to pack a lunch the way Tolkien's hobbits do).  The same process occurs across the canon of literature, as authors are replaced by scriptors: individual life-events cease to signify, and the Frankenstein-like stitching together of literary bits-and-pieces takes center stage.  All writing becomes rewriting, or even recycling, in the brave new world of the scriptor.

But what if the real crime scene here didn't involve a murder, but a theft?  What if Barthes weren't the originator of the modern idea of unoriginality?  What if he stole it from someone else?  I'm not talking about inheritance, here, although there is a long tradition of writing about the text as something the author doesn't create ex nihilo (think of Plato's Ion here, or Eliot's "Tradition and the Individual Talent").  I'm talking about the possibility of flat-out robbery.

Consider the facts, ladies and gentlemen of the jury.  Consider that in 1967, a year before the appearance of Mr. Barthes' essay, the novelist Italo Calvino wrote in a letter "For the critic, the author does not exist, only a certain number of writings exist."  Consider a later letter, in which he elaborated on the topic, saying "The living author, I believe, can never be taken into consideration.  To be able to study a writer, he must be dead, that is, if he is alive, he must be killed."  Consider, too, that Mr. Calvino knew Barthes—indeed, in the period leading up to Mr. Barthes' essay, Mr. Calvino was known to attend regularly Mr. Barthes' lectures in Paris.

It's intriguing to think of Barthes' grand theory of unoriginality being, itself, profoundly unoriginal.  Sadly, though, it's not so likely a case of theft as it seems at first glance.  When we look at the context of Calvino's remarks, it is clear that he's talking about the author as someone who is either ignored by scholars, who act as if he is already dead, or as a figure who disappoints readers after they've formed an image of him on the basis of his books.  His phrasing is as bold as Barthes'—and it is not inconceivable that the French critic pinched a good phrase from the Italian novelist—but his ideas are much more conventional.  Barthes' essay on the death of the author may present us with an exquisite irony: that there was considerable originality in the most powerful modern theory of the unoriginal.