Just introduced the new writer in residence here at Lake Forest to the swanky suite of rooms in which she'll be writing and residing. It looks like the sort of place where you're likely to encounter Mr. Rochester on his way to meet the crazy wife he keeps locked in the attic. Or maybe Mr. Darcy as he furrows his brow at the perplexing Miss Bennet who danced such a charming quadrille.

And just who will be writing and residing in such surrounds, you ask? Jessica Savitz. She'll be buffing up the manuscript of Hunting is Painiting, and Lake Forest College Press/&NOW Books will publish it later this year. Here's the press release: 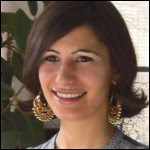 Lake Forest College is pleased to recognize Jessica Savitz as the inaugural winner of the Madeleine P. Plonsker Emerging Writer’s Residency, given to an author under forty years old with no major book publication. Savitz, who lives in Chicago, is currently working on a manuscript of poetry titled Hunting is Painting, and she will begin her residency in early February.

“It is a surreal and magical gift to be awarded this prize,” says Savitz, who has received several other honors for her work and has spent time as a creative-writing teacher. “The prize has been so validating; it has changed the way I approach my creative work.”

She earned an M.F.A. in poetry writing from the University of Iowa and a B.A. in English from Kenyon College. Following her studies, she worked at three Montessori schools, including a year as the co-directress of the Deerfield Montessori Children’s House and a year as a creative-expression teacher at Riverwoods Montessori School. She has been a Maytag Poetry Fellow and Teaching-Writing Fellow at the Writers’ Workshop at the University of Iowa, and she was a finalist for the Fence Modern Poets Series and the Beatrice Hawley Award.

“I hope that I will become better at making art on a daily basis [during the residency],” Savitz adds, “that it will be a natural part of my life-rhythm, and that I will be more and more connected to inner-peace and to the beautiful imagery surrounding us every day.”

Each spring, in conjunction with the &NOW Festival, residents will spend two months on the College’s campus completing a manuscript, participating in the annual Lake Forest Literary Festival, offering a series of public presentations, and they receive a $10,000 stipend. Their completed manuscript will be published (upon approval) by &NOW Books imprint, with distribution by Northwestern University Press.

The residency is made possible by a donation from a local philanthropist who was impressed by the College’s recently established publishing enterprise, Lake Forest College Press.

“This is the continuation of great things for Lake Forest's creative writing program, and we are thrilled about the possibilities presented by the Plonsker Residency,” Associate Professor of English Davis Schneiderman said.

Emerging prose writers under forty years old, with no major book publication, interested in applying for the 2010 residency should send: Curriculum vita; no more than 30 pages of manuscript in progress; and a one-page statement of plans for completion to: Plonsker Residency, Department of English, Lake Forest College, Box A16, 555 N. Sheridan Road, Lake Forest, IL 60045. Submissions must be postmarked by April 1, 2009 for consideration by judges Robert Archambeau, Davis Schneiderman, and Joshua Corey. Direct inquiries to andnow@lakeforest.edu with the subject line: Plonsker Prize.