And the Best Poet is...: Poetry Prizes and Normative Criteria 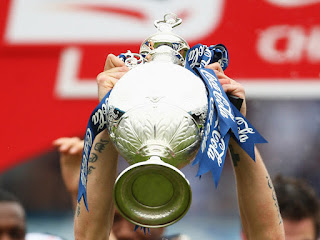 How does one decide which poet, or which manuscript, should win any of the ever-growing number of poetry prizes?  Peter Riley, in an article in the Fortnightly Review, remarks on the obscurity of prize criteria.  Awards tend to be given out to poets who are “the best” or to collections of poems that show “excellence,” but very little is ever said by way of clarifying “the best at what?” or “excellence in terms of which criteria?”  In this, poetry competitions are quite unlike cattle shows.  As Riley points out, cattle shows have clear, objective, and normative criteria for excellence:

If at a county show you are one of the judges in the section for Aberdeen Angus cattle, you will have a comprehensive list of points which must be fulfilled. There is the carriage of the creature’s head, with even teeth and broad muzzle. It should have a long body and strong legs with the joints well set. The back should be straight with a slight dip at one end. It should be well and evenly muscled with not too much fat. Viewed from behind the rump should be rounded, the legs straight and the hooves correctly positioned. When it walks its hind hoofs should enter the marks of its front hoofs without overstepping or understepping. If it is a cow its udder should not be pendulous and the teats should be of the right size and placement. If it is a bull the testicles should be large and the sheaf firmly attached and not pendulous. But all these distinctions should be weighed against the proportions of the whole animal and the aim is to assure that both it and its progeny should fulfill their commercial function. If all these boxes are ticked, you have your winner.

For poetry prizes, though, we have no clearly articulated normative criteria — and even though Riley says “surely some version of this schemata could be devised for judging poetry competitions,” one suspects his tongue is in his cheek.  Much as one is tempted to simplify matters of judgment by simply taking the cattle competition criteria over into the literary sphere (the winning poet should be “well and evenly muscled without too much fat” and “viewed from behind the poet’s rump should be well rounded,” if male the poet’s “testicles should be large,” etc.) no version of overtly normative criteria is likely to appear in the judge’s guidelines for any competition.  Not even if the norms had to do with meter, imagery, and syntax rather than body fat, rumps, and testicles.

A few critics have laid down fairly clear normative criteria for poetry. Yvor Winters, for example, comes to mind—and it is perhaps worth noting that in addition to being a poet and critic, he bred show dogs and had them evaluated by criteria much like those applied to cattle.  But the rare exceptions prove the rule: normative criteria for poetry are unusual, and generally perceived as crackpot-ish at best, philistine at worst.  Despite what Dead Poets Society would have you believe, such criteria are unlikely to appear in any textbook, except perhaps surrounded by apologetic statements, qualifiers along the lines of “this will help get you started as a poetry reader but shouldn’t be taken too seriously” and other semi-retractions.

Why is this?  I’m not asking in order to say we ought to come up with criteria for poetry.  I’m asking because a sense of the origins of our current anti-normative way of thinking may cast some light on what is actually happening when poetry contests are judged.

The notion that the things that make poems excellent can’t be defined is at least as old as the seventeenth century.  It was then that the French poet Nicolas Boileau-Despréaux put forth the idea that what distinguishes truly sublime work from lesser poetry was “a certain je ne sais quoi”— that is, a certain “I don’t know what.”  Boileau’s ideas were immensely influential, and the notion that excellence could be felt but not defined gained currency across Europe.  The nature of good writing, a believer in the je ne sais quoi says, is something I know and I can't explain.  Inherent in the idea is the notion that there's no point in trying to explain one's criteria, since it is inherently elusive.

Boileau's ideas are connected to the reception of art, to what goes on in the mind of the reader.  In the nineteenth century, there's a new turn of mind, toward the art object itself, and thinkers like Coleridge begin to argue that the internal qualities of works of art resist normative judgement.  When Coleridge talks about organic form, for example, he tells us that poems, like all works of art, cannot be held up to some external standard.  They generate their own rules from within.  In this way Coleridge dismisses those who would criticize Shakespeare's tragedies for deviating from the formal criteria outlined in Aristotle's Poetics.  He opens up the theoretical pathways that justify a great deal of artistic innovation.  He also makes it much more difficult to offer a theoretical justification for the normative assessment of poetry.

Both Boileau, with his sensitive reader who detects the undefinable, and Coleridge, with his hyper-individualistic artist discovering his personal path in art, can be seen as symptoms of modernity, of the gradual replacement of old, collective, authoritarian ways of thinking with new, atomized, individualistic ones.  Fredric Jameson gets at the nature of the shift they represent when he writes, in "Criticism in History," of the difference between the rhetorical and the stylistic.  The former, Jameson says, is normative and conformist, while the latter is deeply bourgeois and individualistic:

Rhetoric is an older and essentially pre-capitalist mode of literary organization; it is a collective or class phenomenon in that it serves as a means of assimilating the speech of individuals to some suprapersonal oratorical paradigm, to some non- or preindividualistic standard of the beau parler, of high style and fine writing.... Style on the other hand is a middle-class phenomenon, and reflects the increasing atomization of  middle-class life.... in its emphasis on the uniquely personal, in the etymological sense of the stilus, the inimitable and wellnigh physiological specificity of my own handwriting.

So when we shy away from normative criteria for poetry, we're simply being who we are, participating in our modern or postmodern individualistic identities.  But this leaves us in a tricky spot when it comes to poetry contests, and our position is made all the trickier by virtue of the fact that poetry prizes and contests have become a bigger and bigger part of how poetry in Western countries is published and rewarded.  There was a very brief period in the middle of the nineteenth century when poets were rewarded well by the market, and after that there were a number of decades when to be a poet was almost necessarily either a bohemian (Yeats lived for most of his adult life in a two room flat) or someone with a day job (Wallace Stevens as insurance man).  Now many poets live in the publish or perish sphere of academe, and poetry publishing is often done via the contest method, with poets submitting manuscripts to prize-givers.  At the more senior end of things, the big prizes given out by foundations and (less often) government agencies play a significant role as sources of income and, more importantly, as badges that give one clearance into the more prestigious clearings in the groves of academe.  Prizes matter now, but we live in a poetic culture inimical to clearly articulated, objective, normative criteria of judgement.


What to do?  One path that's been tried, both in the past and in our own time, involves moving away from criteria for the poem to criteria for the person judging the poem.  David Hume's great essay "On the Standard of Taste" argues that we may not be able to define beauty, but we can describe the sort of person who is likely to have a good sense of beauty. Such a person must be familiar with many art objects of the kind under consideration, for example—you wouldn't want someone who'd only read fifty poems to be the judge of a poetry contest.  Such a person would also have an un-agitated mind at the time of judging, and (among many other criteria) would give due attention to the object of judgement.


Kant's Critique of Judgment takes Hume one step further, and tells us that a true judge of beauty must, above all else, maintain disinterest.  That is, he shouldn't let personal connection to the artwork, or its maker, or its moral sentiment, get in the way of his judgement.  Good judgement of beauty, for Kant, is essentially a manner of screening out all non-aesthetic criteria and looking at what's left.  In our own time, the emphasis on high-profile expert judges for poetry competitions is, in essence, an adopting of a Humean or Kantian position: we may not be able to define what the best poems are like, but we know what sort of expert can make a good judgement.


The problem, of course, is that this solution doesn't always work.  First of all, the proliferation of different styles and schools of poetry means that the familiarity with tradition upon which Hume's good judge depends becomes difficult to attain: no one has mastery of the entire spectrum of poetic styles.  A Helen Vendler covers one corner, a Marjorie Perloff covers another, and the room has many, many corners.  In addition the criterion of "due attention to the object" is trickier than it sounds in our present context: I've been a judge for a poetry prize, and found myself with literally hundreds of manuscripts to read, all while teaching, grading papers, looking after my kid, and trying to do my own writing.  It wasn't easy.  Indeed, I don't think I was fair to every manuscript, and I don't think I could have been.  The day has too few hours, and the world too little caffeine.  And with regard to the Kantian notion of disinterest—well, it was given a good sharp kick in the teeth by multiculturalism, by the claim that so-called disinterest was simply a screen behind which certain entrenched (white, male, bourgeois, heterosexual) norms lurked.  It never really recovered.


Even more discrediting to the notion that choosing qualified judges will save us from having to articulate normative criteria was the whole unpleasant business exposed by the people at Foetry some years ago.  They looked for nepotistic patterns in the awarding of prizes, and they found them.  Far from being disinterested, many prominent contest judges proved all-too-human, awarding prizes to friends, lovers, and former students.  The score of the game, it seemed, was: self-interest 1; disinterest 0.


Another path, one worth trying, would be the one suggested by Michael Theune and Bob Broad in the November 2010 issue of College English.  Theune and Broad began with the premise that people who care about and work with poetry have internalized certain criteria of judgement, and that those criteria can be made explicit through conversation about particular poems.  Their work involved conducting sessions in which poets and critics discussed poems they admired, and gave reasons for their admiration.  From this, Theune and Broad began to tease out things that the poets themselves might have been unable to articulate before.  They moved from je ne sais quoi to mais oui, je sais quoi—a movement many more of us should follow.  In fact, it might be worthwhile for contest judges to do some long hard self-examination before agreeing to act as judges, and then make public some kind of statement about what they love in poetry and why they love it, including all of their ambivalences, their contradictions, and their openness to surprise.  It would be strange, at first, but it might begin to take us forward from our current situation, where so much rides, for so many, on such vague criteria.