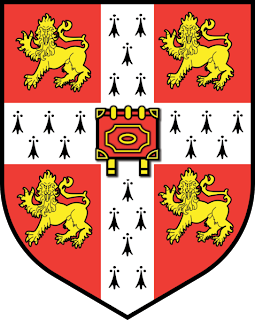 Look out! The inaugural issue of the Cambridge Literary Review has just been unleashed. It contains (among much more) an essay by Stefan Collini, new poetry by John Kinsella, J.H. Prynne, Keston Sutherland, and John Matthias, as well as a big feature on Cambridge Poetry — a feature marred only by my own contribution, "Public Faces In Private Places: Messianic Privacy in Cambridge Poetry."

"Public Faces" is a much-expanded version of a paper I gave at the Sorbonne last year (the proceedings of the conference will be published this fall by McFarland, and will be well worth a look). I suppose it's really based on the experience of seeing a bunch of the Cambridge poets read at the Elastic Arts Center in Chicago, right around the time Cambpo heavyweights John Wilkinson and Peter Riley were slugging it out in a battle royale about the political value of poetry in the back pages of the Chicago Review.

My title comes from some lines of W.H. Auden’s in The Orators: “Private faces in public places / Are wiser and nicer / Than public faces in private places.” Often, modern poets have presented their work as a matter of private faces in public places—that is, as the voice of private, authentic individual conscience entering the public sphere. Such a vision of poetry is, no doubt, fraught with its own problems and contradictions, but none of those concern me here. When we look at what has come to be known in some circles as Cambridge School poetry—the experimental poetry of Tom Raworth, John Wilkinson, Jeremy Prynne as well as Keston Sutherland, Andrea Brady, and Simon Jarvis, to name a few poets of the younger generation—we’re faced with a very different conception of poetry. We find ourselves asking a question something like this: what ought we to make of a school of poetry that has a strong public concern, but no appreciable public presence? In Auden’s terms, it is a poetry of public faces in private places.

The gathering of poetry and critical writing about Cambridge poetry in CLR looks strong. I hope the issue gets some play on this side of the Atlantic. The issue is available for $20, a bit steep sounding, I know, but it's a big brick of a thing, and worth the cash.

In other news, it seems that the redoubtable Jacob Knabb of ACM took one look at Granta's recent special issue on Chicago, did a spit-take with his Old Style beer, nearly dropped his slice of sausage-stuffed deep-dish pizza, and declared the next ACM "Another Chicago Issue." If you're from the greater Chicago metropolitan area, send some work his way.

UPDATE OCTOBER 7: Kent Johnson's got some interesting things to say about the Cambridge crowd.