Poets, Community, and the New Gnosticism 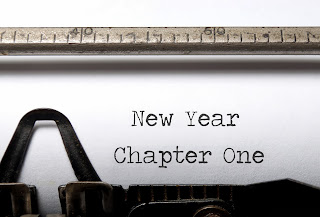 Rejoice!  The January issues of the literary magazines are hitting the shelves and going live online!  If you look hard enough into the avalanche of new stories, essays, poems, and reviews, you'll find two modest pieces of my own.  One is "Twenty Poets Talking," a review of Tony Leuzzi's Passwords Primeval, a collection of interviews with poets.  My review starts like this:


“Don’t tell me what the poets are doing, don’t tell me that they’re talking tough,” sang the Tragically Hip back in 1998, “don’t tell me that they’re anti-social, somehow not anti-social enough.” Editor and interviewer Tony Leuzzi has certainly managed to get the poets talking in Passwords Primeval: the transcripts of his interviews with twenty very different poets, taken together, run to close to 350 pages.  The book is most likely to be dipped into rather than read straight through: one imagines its destiny involving resting on library shelves until people interested in the work of a particular poet pluck it down to read that poet’s contribution.  But one of the most interesting things to emerge when one does read all twenty interviews back-to-back is the lack of anti-social attitudes among the poets.  Most of them seem to speak out of, and to, defined communities, the sum of which make up the varied, fragmented, and (despite reports to the contrary) extensive readership of contemporary American poetry.

It goes on to talk about Kevin Killian and the post-AIDS San Francisco literary scene, about Billy Collins as that rarest of creatures, a poet unalienated from American suburbia, and about Karen Volkman and the world of the poet as creative writing professor.  The review appears in Gently Read Literature.  Information about subscriptions is available here.

The second essay appears in the latest issue of Talisman as part of a fantastic feature on the New Gnosticism in poetry, including pieces by Norman Finkelstein, Mark Scroggins, Patrick Pritchett, Ed Foster, and others.  My contribution is called "The Open Word: A Letter to Peter O'Leary."  It begins like this:

What has your vocabulary done to you? To me?  To us? Or, to narrow it down a bit, to John Latta, who wrote, a propos your book Depth Theology:

Dysthymia: thymos being Greek mind, and dys- ascending out of Sanskrit dus- meaning bad, difficult, &c. O’Leary’s an inveterate neologist: in notes to Depth Theology he points to various “coinages from taxonomic roots: an apiologist (a word Emerson once used) is one who studies bees; a parulidologist is one who studies warblers.”

Your vocabulary also staggered Broc Rossell, who said in the Colorado Review that the lexical “register of Luminous Epinoia might be the most elevated in American poetry since Hart Crane.” You make up a fair number of words, Peter, and revive many more from the realm of the hapax legomenon, or the deeply buried Greco-cum-Latin-cum-Sanskrit & Aramaic lexicon. Of course there are strange words and there are strange words.  I once wrote something about the difference, and it went more or less like this:

Consider “kuboaa,” a word invented by the great modern Norwegian novelist Knut Hamsun, and put into the mouth of the starving hero of his masterwork, the novel Hunger. For Hamsun's delirious hero, the word was a pure sound, something outside, even above, the realm of signifying language. Always aware of the absurd, and with a longing after purity that led him into some dark corners of the psyche, Hamsun meant for his “kuboaa” to be a word free from reference. To encounter it was to encounter something alien, something of untainted otherness. You could say “kuboaa” was to be the verbal equivalent of one of Kazimir Malevich's paintings of a red square on a white background: everything familiar was to be left behind in the encounter with the unassimilated and elemental. Kuboaa was the word of the modern primitive, he word of regrounding, of beginning again, outside existing language and away from the freight of civilization.

The rest of the essay can be found here.

Posted by Archambeau at 3:08 PM No comments: