Way back in 2000, Eliot Weinberger wrote a short, sharp, ever-so-slightly snarky piece called Canonizing the Sixties about the University of Maine's at Orono's conference on the poetry of the 1960s. Well, not about the conference per se, since it had yet to happen at the time Weinberger published his essay in Exquisite Corpse: the essay was really about the catalog listing the various panels, papers, and symposia. Looking over the events listed in the catalog, Weinberger came to the following conclusion:

According to the Oronists, there were 151 US poets in the 1960's who are now worthy of study. 27 are the subjects of multiple papers.

When I first saw this, I was intrigued. Like a lot of my fellow humanists, I tremble with fear and awe before anything that looks even vaguely like a statistic or quantification. On the one hand, I was a bit ticked at Weinberger for what seemed like a bit of a disengenuous move on his part: pretending that the conference was meant to be representative of the true shape of poetry in the sixties, the way a decent reference book on the topic would be. Surely the conference reflected the personal interests of the participants, and wasn't meant to enshrine or canonize anyone. On the other hand, I was even more ticked off at the lack of interest among my tribe (that is: poets and critics more-or-less into the experimental wing of things) in some of the poets Weinberger mentioned. I was particularly stunned by the lack of interest in Olson. I'd always thought of Olson and Duncan as figures of similar import, and while I was glad to see nine papers on Duncan, I was flummoxed by how Olson had slipped so low. Maybe this was a fluke, I thought (perhaps the leading Olson scholars had all fallen ill from bad tuna at a recent luncheon meeting at the Glouster, Massachussetts Red Lobster). Maybe this was a reaction to Olson's swaggering heterosexual masculinity. Maybe it was a reaction, at long last, to the over-representation of his work in The New American Poetry anthology. Whatever the reason, it didn't seem right, and I was grateful to Weinberger for bringing it to light.

So I'm glad to say that two fairly recent books, Garin Cycholl's Blue Mound to 161 and Henry Gould's In RI make it clear that poets are still interested in Olson and the geo-historical poetics he professed. Garin and Henry each take a specific geography (downstate Illinois and Rhode Island, respectively), and work from geography into history. Garin's book is a kind of collage of disparate elements — songs, historical anecdotes, police reports and the like — while Henry's is held together by a lyrical, gently melancholy voice, punctuated occasionally by reworkings of old texts, notably Roger Williams' seventeenth-century dictionary of the Narragansett language, Key into the Language of America

(a book that has inspired works by at least two other poets, Rosmarie Waldrop and Jeffrey Roessner). I love this kind of thing. And I especially love this kind of thing at a time when much poetry seems to be written under the auspices of a kind of James Tate/Dean Young elliptical referencelessness — not that there's anything wrong with that kind of thing, but it's good to find some books that are about something as concrete as geography and history. And good to see that Olson (for all his many flaws) hasn't been as thoroughly sidelined as he seemed to be seven years ago.

Posted by Archambeau at 10:35 AM No comments: 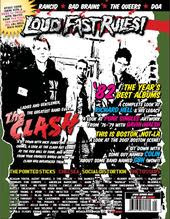 So let's say you're on sabbatical, and you've been drinking coffee by the quart and reading stacks and stacks of French cultural theory to get your chops up for the book you want to write, and you realize you need a break from all this reading or you'll end up in some kind of under-the-table jittery fetal position fit. What do you do? Hop on your bike and bee-line it to the bookstore, of course! A moth to the flame, I know, I know. But that's what I did the other day, inelegantly dismounting and chaining the bike outside the local Borders before hitting the magazine rack, where, after a few minutes of general moping and browsing, I shooed a pack of loitering and malingering fifteen-year old black-clad mohawk and fauxhawk-having kids away from the music magazines (when did the kids start in with the mohawks again? They've been popping up in bristly abundance around Chicago lately, like the aggressive foliage of some kind of tropical fruit...). I dove in and fished around a bit in the shelves until I came up with the latest issue of Loud Fast Rules!, a punk music mag, clutched between my teeth. "Ah!" I cried, shaking the seaweed from my hair and brandishing my mag aloft, "the very thing!"

I couldn't quite figure out the nature of the strange frisson I got from leafing through the magazine there, by the resentful teenagers I'd elbowed aside. Then it hit me: the pages of Loud Fast Rules! looked exactly, and I mean exactly, like the pages of the crappy photocopied punk zines I'd read in high school back in the mid-eighties. There were the same typewritten sheets in the universal font of cheap manual typewriters (courier). There were the same irregular black areas around the edges of the magazines pages, the kind of dead-space you get when you photocopy an imperfectly-aligned page without putting the copier lid down. There were the same oddly-aligned images, looking like concert polaroids taped to sheets of type and then badly photocopied. Even the ads for bands (and there were plenty of these) had this low-tech, el-cheapo look to them. 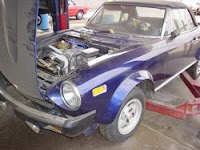 Just as all of these eighties-looking production values were about to throw me into one of those Proust's-madeline fits of reverie ("Oh Jenny from bio lab! If only they hadn't moved your locker down to the other end of the hall senior year! Oh, 1974 Fiat Spider! If only your alternator hadn't crapped out on the way to the General Public concert!) I did a bit of a mental double-take: I realized I wasn't holding a photocopied zine, but a carefully constructed replica of a photocopied zine. When kids threw their zines together in the eighties using photocopies of typed pages and polaroids, they were on the cutting edge of do-it-yourself, no-budget publishing. But nowadays, anyone with a computer and a printer can make something much more professional looking, and an outfit like Loud Fast Rules! could certainly make something slicker if they wanted to. Little signs indicated they had considerable resources at their command (color on the semi-glossy cover, a UPC code, loads of advertisements, etc). So the question presented itself: what gives with these lousy production values?

And here's where all my pumping sociological iron with French cultural theory came in handy, kids. I'd been reading over Pierre Bourdieu's The Field of Cultural Production (a kind of ragbag of disparate essays), and remembered a short passage about what happens to fields of restricted cultural production (those are the fields of cultural production that aren't governed by some larger external force, like the church, the state, or the market) as those fields age. Check it out:

What happens in the field is more and more dependent on the specific history of the field, and more and more independent of external history; it is therefore more and more difficult to infer or to anticipate from the knowledge of the state of the social world (economic, political situation, etc.) at any given moment.

If field of cultural production isn't governed by external forces like the state (think of those crazy-ass North Korean festivals where people gather in arenas to put on patriotic pageants) or the market (think Hollywood), it tends, over time, to become governed by its own past. This is most evident when it sort of replicates that past (think Robert Frost) or references it (think T.S. Eliot). But according to Bourdieu this is also true when we seem to innovate within the field: often we're innovating not in response to external stimuli so much as we're innovating in order to displace the authority of earlier producers in the field, and to claim authority within the field for ourselves (remember how Harold Bloom cobbled together a crackpot-ish theory of all this kind of Oedipal struggle in The Anxiety of Influence?).

Looking at Loud Fast Rules!, we can really see Bourdieu's ideas at work. I mean, when punk was young, the production values of its zine literature were determined by the material and economic conditions of the relatively broke-ass kids who were into it. Now, with punk being a established, nay venerable, sub-field of music (one that, for the most part, pretty deliberately shuns the market) we see the production values of one of its journals determined not by economics so much as by the prior history of the field. And the position that Loud Fast Rules! takes — one of hommage — is actually a kind of conservative position within that field. This isn't to say that Loud Fast Rules! is conservative in the political sense, though: in fact, it reads a little lefty. You get a good sense of how the mag is conservative within the field of punk, and lefty in the field of politics, just by looking at the cover, which features The Clash, one of the great left-wing punk bands of the eighties. The message sent by the cover is politically leftist, but it also sends off an "honor thy fathers, young punks, for yea, their authority is great, and their ancient wisdom to be honored" kind of vibe.

But more important than the presence of The Clash is the replication of old-school production values. A magazine that looks like Loud Fast Rules! today means something very different than a magazine that looked that way twenty years ago. Back then, it said "hey! whoa! we can do this ourselves, even if we do kind of suck!" (a message much like that of the punk music genre itself). Now, it says "remember when..." I was reminded of some of my favorite lines from Peter Gizzi's (fabulous) new book of poems, The Outernationale:

When a revolution completes its orbit
the objects return only different
for having stayed the same throughout.

Such were my thoughts as I stood there, displacing those teenage punks in Borders. Knocked loose from my reverie when one of the kids muscled in front of me to grab an issue of Mojo, I assessed my potential purchase. Deliberatley un-slick, obsessed with the past, weirdly nostalgic for the eighties, and showing signs of irrelevance? Loud Fast Rules! seemed, for better or for worse, like a good fit for me. I threw it down on the check-out counter with my copy of The Economist.

Posted by Archambeau at 9:32 AM No comments: 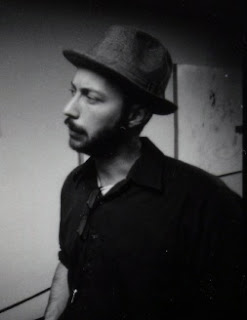 You know who's a good poet? Joel Felix. That's who.

Posted by Archambeau at 6:26 PM No comments: