The Battle of Chicago: Peter Riley Emerges from the Rubble 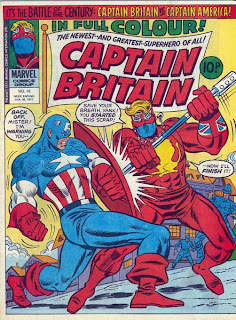 This just in from Peter Riley, regarding my earlier post "British Poetry Wars: The Battle of Chicago.". Riley, whose open letter to John Wilkinson set off what I've thought of as a bit of a dust-up about the claims made for British experimental poetry, weighs in here with a few points about the context of his remarks and, more importantly, his reservations about a phrase of my own, "the Prynne tradition."

First is that while I recognise the light tone I don't thing "war" or even "conflict" is the right way to characterise this. It is not a row between me and John Wilkinson, still less between two cultural positions. It is a challenge within a shared framework. I am not ironic in positioning myself within the tradition which I interrogate ("how did we...") . If I speak strongly it is because my worries about my own share in the condition entitle me to, and also put me in a position to shoot out arrows at targets far beyond immediate company.

And I'd essentially like to add for the record that when I sent the letter to Chicago Review I didn't know that the next issue was to be a British poetry issue featuring particularly those four poets. So it's not a response to that content, and John Wilkinson's review of Andrea Brady in it is both prior to and posterior to my remarks, for it indeed confirms that what I say is being said, is being said, but it is also a pre-answer to what I say.

Secondly I can't take this idea of a"Prynne tradition", which I think is an American reading. What I said was "The poetry that developed through Cambridge in the 1960s and 1970s" to which I attach great importance. This isn't a "Prynne tradition" for a number of reasons--

I've got to own up to this much, at least: I did invoke Prynne in a broad way, using him as a figurehead for British experimental poetry with a Frankfurt-school inflection from midcentury on — from where Riley sits, this is painting with very coarse strokes indeed. And I can see why I finer brush is needed: as one of the many people who got in touch with me after the initial post pointed out, what's at stake here (in what I still take pleasure in calling the "Battle of Chicago") is Prynne's place in the history of British experimental poetry. Will we end up treating Prynne as the godfather of experimental Britpo, the key figure of the current generation's "useable past"? Or will he recede in importance until he seems like one of ten or so equally important figures? Will we or won't we see some future Hugh Kenner writing The Prynne Era? We don't know the future, but we know where Peter Riley has taken his stand.

Posted by Archambeau at 4:18 PM No comments: