"Its Chief Weapon is Excess": Chris Hamilton-Emery on Cambridge Poetry 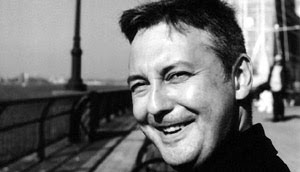 Many a keyboard has been tapped, and many an email sent zipping across the Atlantic, inspired by the recent one-two punch combo of the Cambridge Literary Review's special feature on Cambridge Poetry and Kent Johnson's post on the "New British School" over at Digital Emunction (a site directed by Bobby Baird and others affiliated with the Chicago Review, the American journal most closely associated with experimental British poetry from the Cambridge-connected crowd).

One of the more interesting and informed comments I've seen comes from Chris Hamilton-Emery who, as the head of Salt publishing, has been well-positioned to watch developments in this kind of poetry, especially over the past couple of decades. His comment, from a discussion list I don't normally follow, came to my attention via Kent Johnson, and Chris was kind enough to let me reproduce it here. I've wedged my own comments in here and there. Here's Chris:

I think there is a need for a more general assessment of the poetries emerging from the British avant-​garde scene. I’ve published a great deal of course, and there’s certainly enough evidence for a reassesment of what was going on Cambridge in the 90s. It’s too highly coloured with Divisionist ideology to get a clear picture from outside.

I'm not quite sure how to feel about this.

Chris is certainly right that the time has come to try to get a handle on just what has been happening. The British experimental crowd for whom Cambridge serves as a center of gravity has been one of the most vital and interesting things going on in the U.K. for some time, and it hasn't really had much of an assessment. Even the degree to which it is correct to call it Cambridge Poetry hasn't been determined, although I've got a feeling the name will stick, despite how unhappy everyone is going to be with it. I mean, that's what happened with Language Poetry, and with New Criticism, and with Dada, and with just about everything: the borders of the movement, the essential features or debates, the list of who's who — these things are never defined to anyone's satisfaction, but the alternative ("let us not speak of this, lest we exclude someone or misrepresent the truth") seems unsatisfactory, too. I, for one, am going to stick with the monicker unless and until something better emerges, though I'm cognizant that there are people connected to the aesthetic and community in question who have no Cambridge affiliation (to the town or to the gown), and that there are several overlapping kinds of poetry involved. Anyway, to reiterate: I'm sure Chris is right: now is a good time to try to assess just what it is that's been happening.

I'm not entirely sure Chris is right about the place from which a clear picture is going to emerge, though. When Cambridge poetry has been described, it's usually been from either a position of hostility, or from a position of advocacy, with the advocacy emerging from inside the movement (actually, some of the hostility has come from within, too). People on the inside have the advantage of knowing the terrain intimately, but often there is something like a kind of true-believer's apologetics at work in their descriptions. I suppose I'm not speaking without a little apologetic of my own here: I'm very much outside the Cambridge scene, and I've tried to describe and understand it as neither an enemy nor an advocate. So maybe my sense that what's needed is an attempt at disinterest or objectivity (perspectives never entirely obtainable, but approachable by degrees) is itself self-interested. But I do hope for a better critic than I to step in from outside and survey the terrain as dispassionately and comprehensively as possible. Which would probably just tick off some people, who would find such a survey either insufficiently for, or insufficiently against, the poetry in question. Anyway, back to Chris:

It [the poetry] is properly underground but has really very striking uptake with US universities, certainly Buffalo, Miami (OH), UPenn, but much much wider than this.

Very true! A few key personalities are important at the institutions Chris mentions (Steve McCaffery and others at Buffalo, Keith Tuma at Miami of Ohio, Al Filreis at Penn). I'd add the University of Chicago to the list, primarily because of the graduate students who run the Chicago Review (Bobby Baird, Josh Kotin, others). But in the end I don't think it's just a matter of personal interests: the same logic that brought Language Poetry into the American academy seem to be at play: the poetry demands the kind of interpretive effort academe encourages, and the poetry has affinities with poststructural and Frankfurt School cultural theory — things that have found an American home in the university English departments. It's also good dissertation fodder: you can prove your sophistication by digging into the arcane and the difficult. Also, the poetry often has a kind of anti-marketplace ideology (Chris will mention this soon), an ideology flattering to the penniless graduate student learning the unmarketable skills of literary analysis. I mean, it's all very affirming to the kind of person you'll find studying poetry and theory in a literature department. Which is neither here nor there, in terms of the importance of the work. Once again, back to Chris:

But those US allegiances are misleading as I think the British avant-​garde have to be read from the peculiar social and cultural framework of the British 60s. We never had a 1968 moment. The political content of much 90s British avant-​garde writing has its origins in a liberation from post-​War thrift and limitation, it derives its thrust from a cultural exuberance not a political fracture or civil rights revolution. It’s politics are received. You can’t of course have a politics with out a polity.

This is the part of Chris' post I find most confusing. I mean, I do think it would make sense for exuberance to emerge after a climate of scarcity — but the fuse on this exuberance bomb seems too long. Can we really see the developments of the 90s as a delayed reaction to the scarcity of the British 50s? Or perhaps I'm misreading Chris. Perhaps he means that the work by Jeremy Prynne and Tom Raworth and others back in the 60s came about as part of the liberation from postwar scarcity, and that this work inspired what was done in the 90s. I can get behind that.

I find the final sentence intriguing — "You can't of course have a politics without a polity." This raises the issue that has most fascinated me about some strands of Cambridge Poetry: the question of political ambition and lack of political effect. But Chris touches on all this soon, so I'll shut up and let him get on with things:

There are two aspects I find fascinating, the first is nostalgia. A great deal of British avant-​garde writing is deeply nostalgic and utopian, and that’s partly I suspect a feature that it has yet to be properly assessed, digested, positioned, it’s been locked out of cultural debate and a history of poetics in the UK due in part to the Poetry Wars and their legacy. It’s almost as if we can imagine a poetry purgatory, not Dante’s but a kind of limbo where much of this writing has not been assimilated into a wider history of British poetry. It’s stuck but not of its own accord.

I, too, am waiting for someone to lay out the exact nature of the nostalgia and utopianism at work in the poetry, though I suspect it's a kind of negative utopia, like Adorno's, one that can't be named, or that would disintigrate if named (a kind of "if you see the Buddha in the road, kill him" ideal, in which the utopian can't be embodied without being desecrated, but in which the utopian aspiration must nevertheless be maintained).

With regard to Chris' second point above, that the poetry has been left outside of the wider history of British poetry against its will, I'm ambivalent. There sure are editors, scholars, and academics who want nothing to do with the stuff, don't like it, and suspect that it's all a matter of the emperor's new clothes (as some small percentage of it surely is). But I think there's been a reciprocal rejection: just as the many have decided to ignore this kind of writing, there has been a rejection of mainstream publication and even critical attention by some people inside the movement. The history of Prynne's publishing career is the most prominent example: he deliberately left major presses behind, and chose not to accept offers of prominent journal publication (Peter Barry's study Poetry Wars documents some of this). I suppose much of this is a matter of Prynne's very private personality, and some of it is a matter of anti-market ideology, which Chris is about to describe:

And the second thing I find fascinating is what I call Liberation Poetics, the idea that poetry has been enslaved in some consumerist conspiracy, and that leads to a kind of messianic quality in some work, and, as I’ve remarked before, a lot in Keston [Sutherland]’s. This kind of poetry needs to be outside, needs to be oppressed and needs to be secret. It can’t accommodate or mediate as it relies on an extreme position and in many respects requires converts and acolytes, neophytes and indeed some Grand Masters. It’s religious in effect. One has to believe. Though a key feature of the dogma is to express doubt, uncertainty and incompleteness, just as it embraces process over product, openness over closure and radicalism over restraint. Its chief weapon is excess. And of course it is oppositional.

All of this makes for a fascinating landscape. But it’s one that can feel like entering a sect, even for an afternoon of mysterious indoctrination. It is however, filled with great and yes, serious, art.

I'd hate to reduce the Cambridge phenomenon, in all its diversity, to a cult. But there is something of that about it: Prynne, like F.R. Leavis, (or, at the other end of the poetic spectrum, like Yvor Winters) does seem to have a taste for disciples, a weakness that should not reduce our sense of his achievement. And we shouldn't ignore this, nor the role it has played in Cambridge poetry's status as a poetic counter-culture, rather than a position in more open engagement with the broader poetic culture. Of course it'd be nice if more critics who took Seamus Heaney seriously also took Tom Raworth seriously. Such figures seem in particularly short supply.