The Fringes of the MSA and the Axis of Ambition 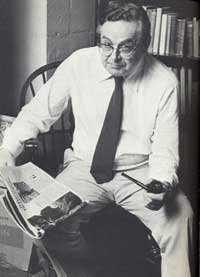 "The border wars define the pallid center of the empire," writes Chris Hamilton-Emery in the latest PN Review. He's thinking about Salt, the upstart-turned-success-story of poetry publishing in Britain (and -- full disclosure -- my publisher), but his comment came to mind the other day down in Chicago, where the Modernist Studies Association held its annual conference at the Michigan Avenue Marriott. I bailed on attending the conference itself this year, but that didn't stop me from catching the Metra down to Michigan Avenue, meeting a poet, a critic, and a poet-critic or two and heading out for the kind of venue where all the real action happens at any conference: a nearby bar. I've always thought that the real exchanges at these places define the success or failure of any conference. I mean, I've enjoyed going to the 20th Century Literature Conference in Louisville for years, but I've learned more from talking until closing time at the bars on Bardstown Road and the jazz lounge in the Seelbach Hotel than I have from any of the panels. Except perhaps for the panel where Charles Altieri blew me away by saying, of the presentation I'd just given, "I find your paper irritating, but I didn't think anything else here was interesting enough to be irritating." But that's another story.

So I got together with 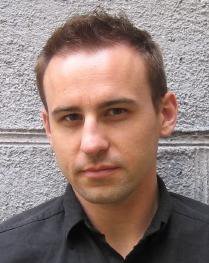 Piotr Gwiazda (whose Gagarin Street is just out),

Stephen Burt (whose Parallel Play is about to come out), and Matt Hofer 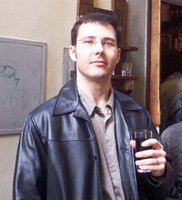 (who just finished writing his Distance and Resistance: Modernist Polemic in American Poetries) and we talked poetry and drank Goose Island in some crummy dive until we split up, Matt and Steve hitting the big party at Walter Benn Michaels' place while Piotr and I kept talking up and down Michigan Ave.

1. The Axis of Ambition.

I brought the crew up to speed on the the ongoing blog saga of how-to-anatomize-contemporary-poetry, and they all proposed third axes to help make David Kellogg's model more useful. Steve's was, I think, the most useful: ambition. In addition to charting poetry in terms of the claims made for it as innovative/traditional or communitarian/individual, Steve proposed an axis that would chart the way the poems were seen in terms of the scale of their ambition. I suppose one would have to see the binary here as major/minor. I like the retro, even archaic, quality of the scale, and I like in particular the way thinking of this kind forces us to be evaluative critics, (and, with any luck, to get a bit reflexive about the criteria of evaluation, too).

Since the discussion had touched on classification and evaluation, and since I found myself at a table with three people who'd read all of Donald Davie's work -- a position I don't occupy every week -- I took a straw poll on how we should classify and evaluate Donald Davie's acheivement. Two votes went for "poet-critic," one for "scholar" and one for "man of letters" (yeah, that was me). Curiously, though, when we each named our favorite Davie book, all were books of criticism (one each for Ezra Pound: Poet as Sculptor, Ezra Pound, and two votes for Articulate Energy). So whatever we want to call him, Davie seems to be most valued as a critic. (Incidentally, only two of us had favorite books of Davie's poetry -- Six Epistles for Eva Hess was mine, The Shires was Steve's).

We never quite got to the question of where we'd put a guy like Davie on the modified Kellogg grid. I suppose I'd have to put him more toward the community end of the community-individual axis, because of all the Little Englandism in Thomas Hardy and British Poetry. As a poet and critic with Thomas Hardy over one shoulder and Ezra Pound over the other, Davie covers a lot of territory on the tradition-innovation axis. As for ambition -- harder to say. As a critic he did big things, but never wrote a book that tried to totalize (no The Pound Era or American Renaissance). As a poet, he ranged over a wide terrain, but didn't write a single Big Poem of the kind that signaled ambition for Modernists and midcentury New American Poets. He had just enough Larkin in is soul to keep him from that. So I'd have to scratch my head and, somewhat surprised, put him somewhere around the middle of the axis of ambition.