This Nest of Gentlefolk: Robert Hass and the Bourgeois-Bohemians 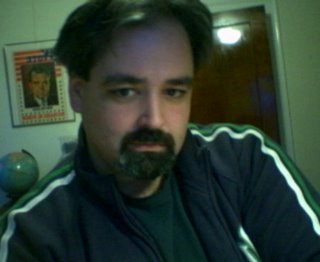 I've been away from blogging for a while, and have let a few things slide, including some good email responses to earlier posts (John Peck on war poetry, Steven Burt and Brian Campbell on Ron Silliman, and more, which I'll get to, really I will). More recently, Mark Scroggins makes two good points about the whole mapping of contemporary poetry discussion: first, that while Silliman's quietude/avant dichotomy may be too simple, the real value of his blog comes from all of the historical/social background he gives on a range of poets; and second, that drawing up a series of Cartesian co-ordinates for poetry is easy, and actually writing a history of various poets' trajectories through the field is tremendously difficult.

Don't I know it! I've been putting the final touches on a drastic overhaul of the manuscript for Laureates and Heretics lately, a book in which I try to chart the paths taken by the last generation of Yvor Winters' students (Robert Hass, Robert Pinsky, James McMichael, John Peck and John Matthias) through a changing field of poetic institutions and expectations. I'm a bit frazzled as a result, as the above image from my snazzy new web-cam attests (yes, that's a Nixon poster in the background, oh fellow leftists -- don't ask).

Here's a shortened and de-footnoted part of a section of the Laureates and Heretics manuscript that I stand behind, but can't use in the final draft. It takes on the matter of Robert Hass' popularity in terms of the social class of poetry's primary readership, and it goes something like this: 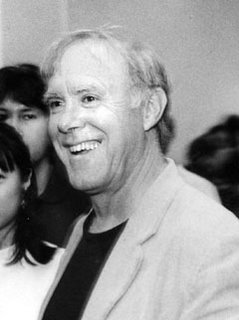 On Richard’s last night
in Berkeley, we drank late and drove home
through the city gardens in the hills. Light
glimmered on the bay. Night-blooming jasmine
gave a heavy fragrance to the air. Richard
studied the moonlit azaleas in silence.
I knew he had a flat in East London.
I wondered if he was envying my life.
“How did you ever get stuck in this nest
of gentlefolk?” he said.
(“Santa Barbara Road”)

California has been imporant in shaping Hass’ work to fit the expectations and tastes of a large audience. California is, after all, the root source of the bourgeois-bohemian culture of America’s new dominant class. As David Brooks describes it, the “new cultural wave” of the bourgeois-bohemian elite “has taken the ethos of California in the 1960s and selectively updated it.” Hass’ work is deeply rooted in the culture that Richard Burns, the English poet in Hass’ poem “Santa Barbara Road” calls a “nest/of gentlefolk,” and the work finds a receptive audience among the new national elite whose norms and expectations of taste are conditioned by such culture.

Robert Pinsky also finds a receptive audience among the bourgeois-bohemians. But Pinsky’s and Hass’ affinities with bourgeois-bohemian culture differ in an important way. Pinsky’s poetry, with its praise of the “conquering, crazed immigrants” of America, affirms the desiring and ambitious self of modernity much more overtly than does Hass’ work. The ambitious modern self, ever acquiring new things, new knowledges, and new cultures, is central to such important Pinsky poems as An Explanation of America and appeals directly to what Brooks has called the bourgeois-bohemians’ worship of the “Résumé God.” The new class consists largely of what German sociologists used to call bildungsbuergertum, not besitzbuergertum — it consists, that is, of ever developing, acquiring and desiring selves, not the relatively fixed identities an elite that derives its identity from property. Such a class glories in the very conquering and desiring celebrated by Pinsky. Hass, though, has never been as sanguine about the “crazed and conquering” side of American life as has Pinsky. He even writes in his doctoral dissertation against what he calls “the long disease of acquisitive individualism.”

What Hass and Pinsky share with each other and with the receptive bourgeois-bohemian audience are what Brooks calls the “sumptuary laws” of the new elite. Pinsky could write in warmly in “Essay on Psychiatrists” about people who are

Into elegant machines and luxuries, with caroling
And kisses, with soft rich cloth and polished

Substances, with cash, tennis and fine electronics,
Liberty of lush and reverend places

Similarly, Hass’ work is full of references to the world of casual, unstuffy luxe and hedonism that constitutes bourgeois-bohemian taste. “Sourdough French bread and pinot chardonnay” reads one section of “Maps.” It is both an image of San Francisco Bay culture in the 70s and an invocation of what would become the bourgeois-bohemian substitute for hors d’oeuvres and cocktails. Later in the same poem Hass will write “How odd/the fruity warmth of zinfandel/geometries of 'rational viticulture' ” — an almost perfect bourgeois-bohemian trifecta, invoking not only connoisseurship, but also a respect for scientific technique (“‘rational viticulture’”) and by a slight distance or even distaste for industrial production techniques, a distance supplied by Hass’ quotation marks. Hass, like Brooks’ bourgeois-bohemians, doesn’t much care for old gilded-age notions of grandeur: “The souls of the wives of robber barons/are imprisoned in the chandeliers” he writes in “The Failure of Buffalo to Levitate.” Nor does he seem to care much for the kind of moneyed people who lack the self-conscious cultivation of the bourgeois-bohemian, pillorying them in “Lines on Last Spring” where he writes of his friend John Peck’s one-time neighbors, who

fermented in their bed
all day and watched TV.
Texas oil and California land
married their tanned, torpid bodies
and produced one hand steady enough
to switch the channels by remote control.

Instead, Hass finds beauty and virtue in the combination of such traditionally bohemian interests as art and the life of the mind and the “durable, unimaginative pleasures” (“Weed”) of bourgeois life: family and work. In this combination he is as far from smugly philistine bourgeois Babbitry as he is from the traditional bohemianism voiced by, say, an Alfred de Musset, who damned family, society, and work. Consider the beginning of Hass’ prose poem “Museum,” from Human Wishes:

On the morning of the Käthe Kollwitz exhibit, a young man and woman come into the museum restaurant. She is carrying a baby; he carries the air-freight edition of the Sunday New York Times. She sits in a high-backed wicker chair, cradling the infant in her arms. He fills a tray with fresh fruit, rolls, and coffee in white cups and brings it to the table. His hair is tousled, her eyes are puffy. They look like they were thrown down into sleep and then yanked out of it like divers coming up for air. He holds the baby. She drinks coffee, scans the front page, butters a roll and eats it in their little corner of the sun. After a while, she holds the baby. He reads the Book Review and eats some fruit. Then he holds the baby while she finds the section of the paper she wants and eats fruit and smokes. They’ve hardly exchanged a look. Meanwhile, I’ve fallen in love with this equitable arrangement…

The scene rings up all the cherries on the bourgeois-bohemian slot machine: modern artiness (Käthe Kollwitz, no less!); lack of concern with formality (that tousled hair, that baby in the museum); the institution of family; and the equally formidable institution that is the great gray lady of journalistic respectability. Hass’ happy couple even follows one of the lesser tenets of bourgeois-bohemian consumption: “Only vulgarians spend lavish amounts of money on luxuries. Cultivated people restrict their lavish spending to necessities." Everyone reads a newspaper now and then; the airfreight edition of the New York Times, though, is a clear marker of the new elite class.

One might make similar observations about any number of Hass’ poems. “Quartet,” also from Human Wishes, is worth singling out for its “interestingly employed” characters, with their bourgeois-bohemian interest in a third-world-inflected cuisine, their independence-from-but-acknowledgement-of fashion, and the flexible form of their spiritual beliefs:

The two couples having dinner on Saturday night — it is late fall — are in their late thirties and stylish, but not slavishly so. The main course is French, loin of pork probably, with a North African accent, and very good….They are interestingly employed: a professor of French, let’s say, the assistant curator of film at a museum, a research director for a labor union, a psychologist (a journalist, a sculptor, an astronomer, etc.) One of them believes that after death there is nothing… Another believes dimly and from time to time not in heaven exactly, but in a place where the dead can meet and talk quietly, where losses are made good. Another believes in the transmigration of souls, not the cosmic reform school of Indian religion, but an unplanned passage rather like life in its randomness and affinity. The fourth believes in ghosts, or has felt that consciousness might take longer to perish than the body…

The jobs are a splendid catalog of bourgeois-bohemianism. We find that old compromise between respectable professionalism and intellectual freedom, the college professor. We find a curator, not of something as fusty as Grecian urns, but of the recently consecrated art of film (she has things both ways, with a respectable professional title and a bit of hipster street cred). We have a labor activist of a special, knowledge-industry variety who in lieu of muddy boots probably wears very expensive sneakers. And we have a psychologist, perhaps a refugee from one of Robert Pinsky's poems. Beyond this, though, we have a thoroughly bourgeois-bohemian spirituality, the sort of belief system that Brooks calls “flexidoxy.” They’ve all, it seems, thought long and hard on spiritual issues but like Brooks’ bourgeois-bohemians they shy away from the rituals and ceremonies of institutional religion (even the reincarnationist is careful not to accept Hindu orthodoxy on its own traditional terms). Hass’ poetry isn’t like that of the Robert Lowell who, at a certain point in his career, advocated a return to Rome. It is, though, a poetry to which members of the new dominant class can turn as if looking to a mirror. 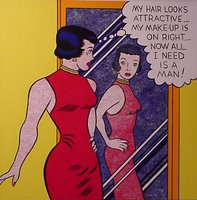 Posted by Archambeau at 3:40 PM Links to this post